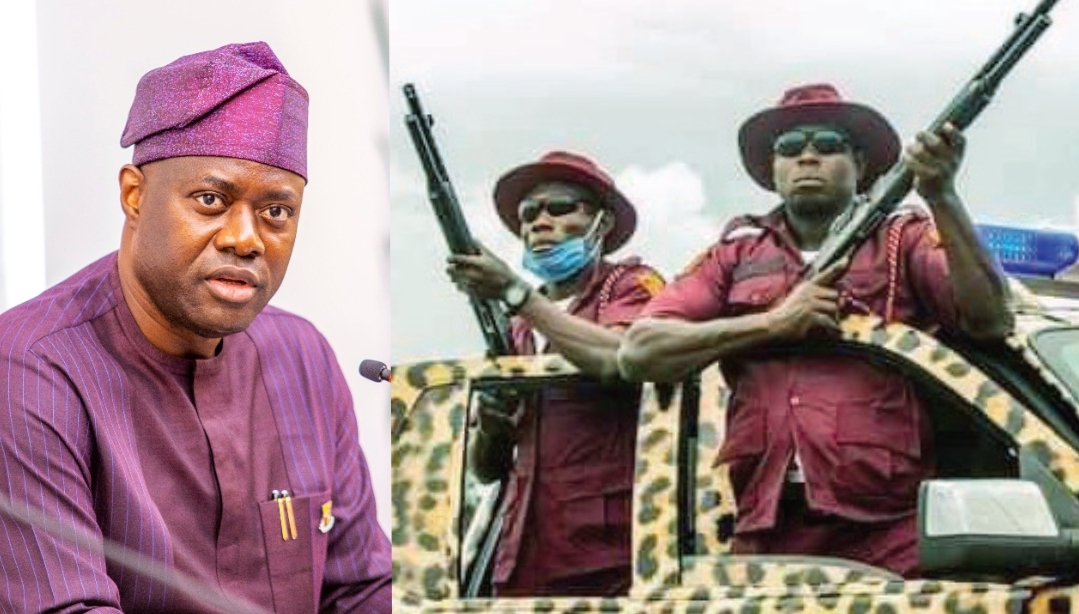 Makinde made this disclosure while speaking in Ibadan, the state capital.

Makinde claimed that his government has invested heavily in security more than any of the previous governments in the state.

Our correspondent recalls that Amotekun was launched in January 2019 by Governors of South West States.

According to the Governors, among whom were Seyi Makinde (Oyo), Dapo Abiodun (Ogun), Gboyega Oyetola (Osun) Kayode Fayemi (Ekiti), Babajide Sanwoolu (Lagos) and Rotimi Akeredolu (Ondo), the new security outfit was established in order to combat kidnapping, killings and attacks of innocent citizens in the region.

But, Makinde while speaking, said that the police thought that the security outfit was established to take over its roles.

He assured the people of the state that he will continue to work to ensure that the state is safe.

“When Amotekun was established, the Police thought it came to take over their jobs but we have been able to streamline between Amotekun and other security agencies and they are now working together in unity.

“I want to say it again that no administration, in the history of Oyo State, had committed more resources to the issue of security than this administration. We have the emergency contact number, 615.”

He also declared that his administration is doing everything to make Amotekun more professional by giving its operatives necessary training.