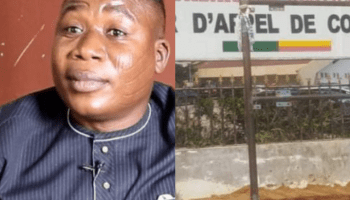 The activist was granted access on Monday after court sessions which lasted for more than eight hours.

Counsel to the agitator battled to secure bail for their client but the court only granted him access to medical care after the marathon sessions which ended around past 11 pm.

It was gathered that the court sessions started at noon, but there were breaks during the hearing.

Nigeria practises an adversarial system of justice but the Benin Republic has an inquisitorial system, a justice system in which the judge delves into the matter to enquire like the investigator, asking questions and probing the suspects.

It was revealed that the Federal Government of Nigeria was represented by six lawyers in court on Monday.

The legal representatives were a combination of local and international lawyers as well as French-speaking and English-speaking lawyers.

One of the counsel to Igboho, Pelumi Olajengbesi while speaking on the court proceedings expressed confidence that his client would be released.

The court investigated the allegations brought against Igboho by the Federal Government of Nigeria.