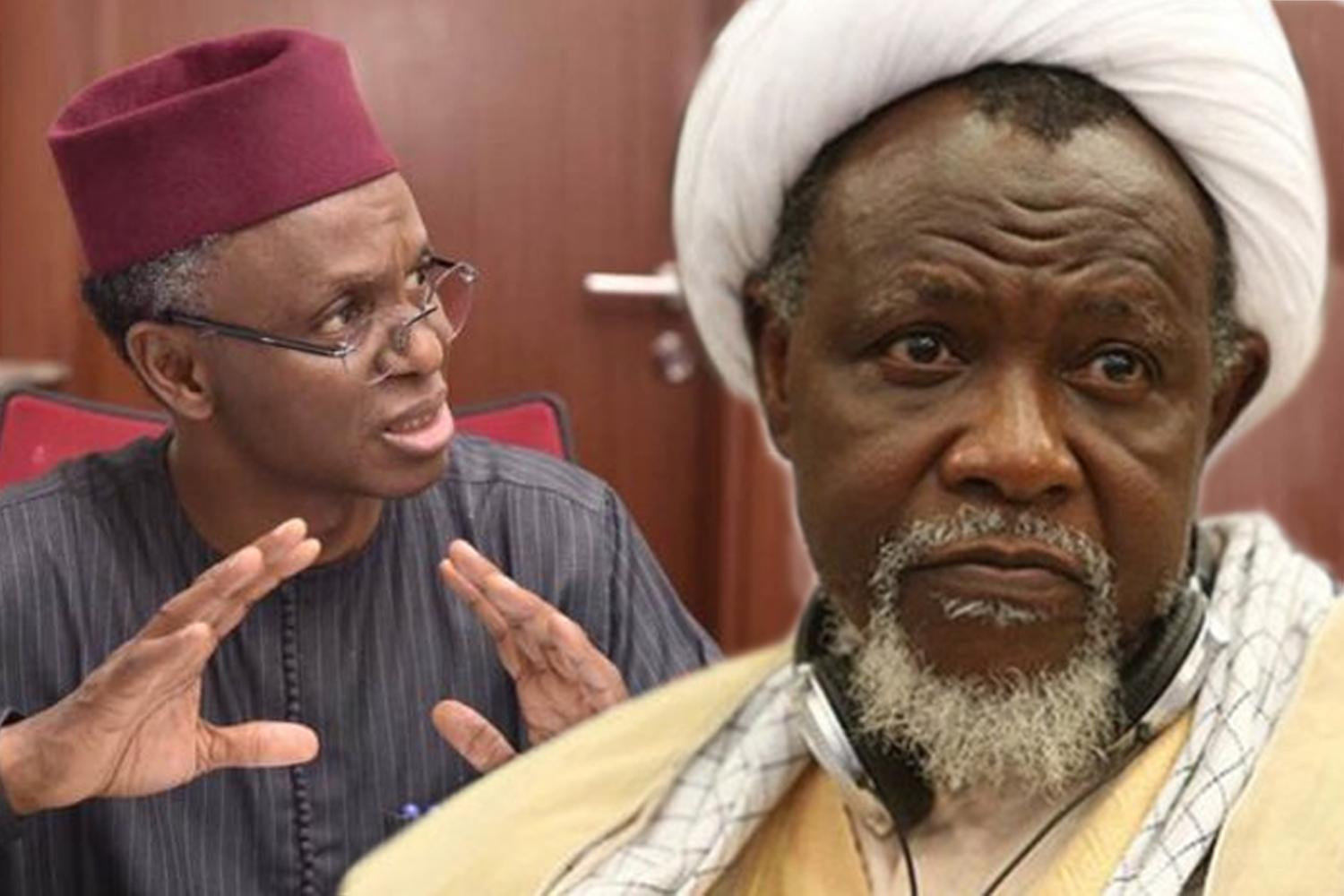 The leader of the proscribed Islamic Movement in Nigeria (IMN), Sheikh Ibrahim El-Zakzaky, has stated that he would drag Governor Nasir El-Rufai-led Kaduna government to court.

In a ruling that lasted over eight hours, the presiding judge, Justice Gideon Kurada upheld the no-case submission filed by El-Zakzaky and his wife.

Zakzaky and his wife have been standing trial in the court for the past four years on an eight-count charge of alleged culpable homicide, disruption of public peace and unlawful assembly among others levelled against them by the Kaduna State Government.

Speaking to newsmen after the ruling, one of the lawyers to Sheikh El-Zakzaky, Sadau Garba, said his client would approach the Court to seek damages against the Kaduna state government for the deprivations and travails he faced during his prolonged incarceration.

Garba said “None of the 15 prosecution witnesses proved they committed the offence. So, the court has discharged and acquitted Sheikh Ibrahim Zakzaky and his wife of all the charges.

“However, we will certainly seek damages against the Kaduna state government for all the deprivations and the travails our client suffered. They now need to go home, have some rest and attend to their urgent medical needs,”

Also speaking to journalists, Marshal Abubakar who represented the lead counsel in the suit, Femi Falana (SAN), said the trial of El-Zakzaky and his wife has come to end as the court found them not guilty of the alleged crime.

He said: “The court found that the charges filed in 2018 pursuant to the Penal law enacted by the State Government in 2017 were over an alleged offence committed in 2015. The court presided by Justice Gideon Kurada,held that the charge was not supposed to be filed in the first place, as the government cannot arraign someone for a said crime that was not an offence at the time.

“The court ruled that the charge was incompetent as the court agreed that El-Zakzaky and his wife had committed no offence. The court also holds that the event of December 12 2015 and December 15, 2015 was not an offence and the court was emphatic that none of the events of Dececember 12, 2015 can be attributed to the defendants for an offence.

“The court, thereby, discharges and acquits the defendants, as there should have been no charge in the first place. No party asked for cost of fine”