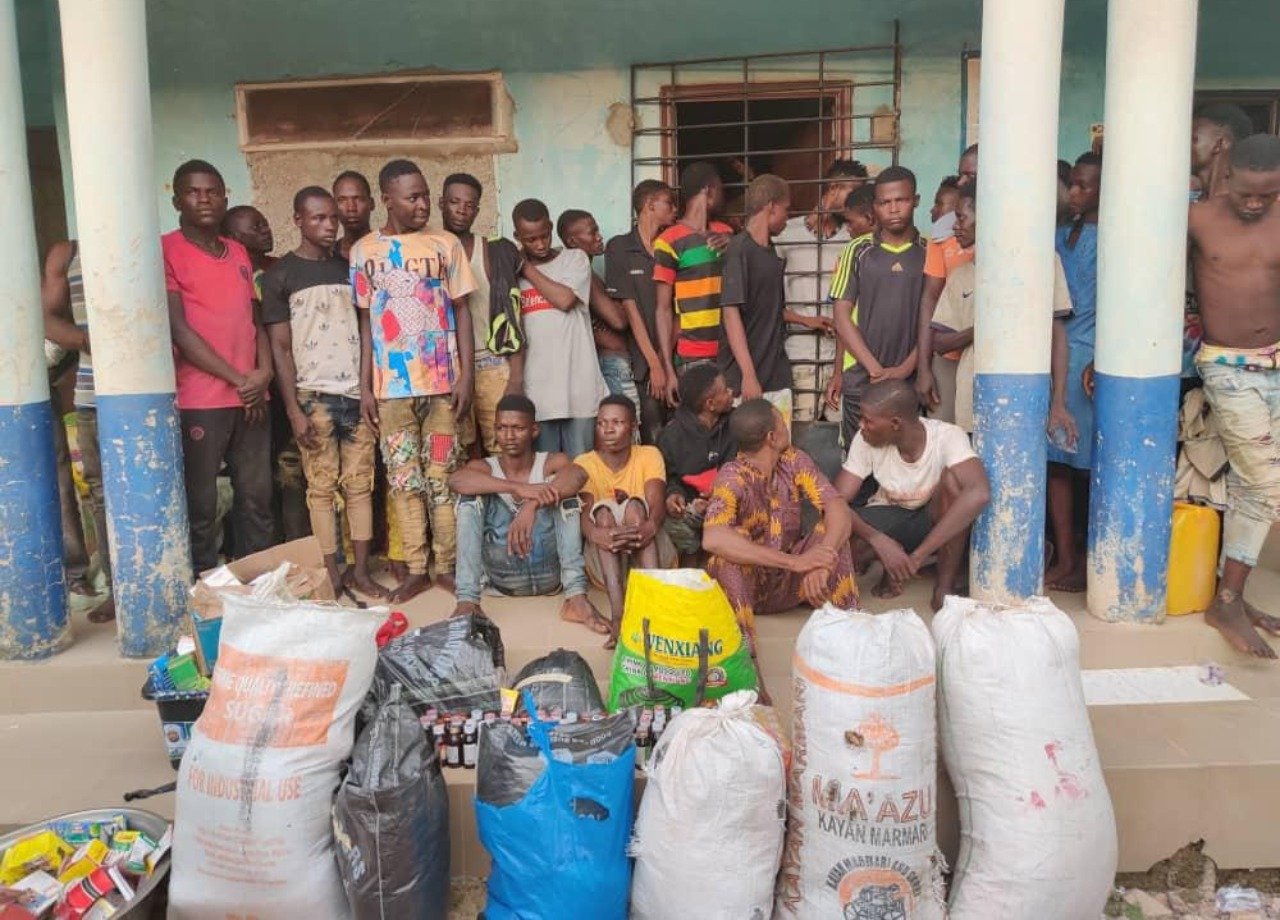 Operatives of the National Drug Law Enforcement Agency, NDLEA, have arrested 43 dealers and consumers of illicit substances in Nasarawa, Benue and Ondo states.

A statement issued by Femi Babafemi, Director, Media & Advocacy of NDLEA, said the suspects were arrested with 37.55 kilograms of assorted drugs.

Cannabis plants planted by the drug dealers in the adjoining bushes were destroyed while all the stalls in the drug markets were dismantled and set ablaze.

He explained that in Ondo State, the command on Monday, 9th August, 2021, raided Odopetu area of Akure in Akure South Local Government Area and arrested a 44-year-old, Mrs. Folake Ademola, while her husband escaped arrest.

According to him, it brings the total of drugs seized from them to 65.950 kilograms.

He added that in Benue State, a 34-year-old, identified as Iornum Emmanuel, was arrested at the NDLEA Aliade checkpoint on Sunday 8th August, 2021 with different quantities of assorted illicit drugs, which include; tramadol -500grams; diazepam- 1.5kg and exol 5- 7.9kg.