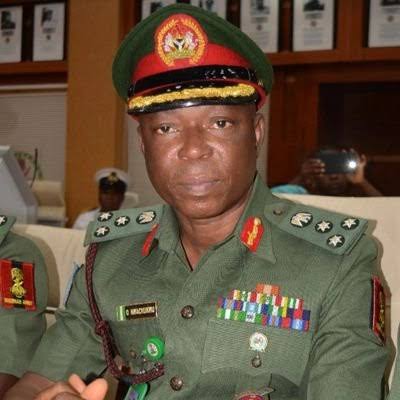 The Nigerian Army has dismissed reports that it’s enlisting former terrorists into the force.

Recall that an online video making the rounds drew the conclusion from the collapse of the Afghan military and related it to the surrendered Boko Haram/ Islamic State West Africa Province Terrorists in Nigeria. The video was produced by one Young Elder.

Following the development, Onyema Nwachukwu, Director Army Public Relations in a statement on Wednesday said, the Young Elder in a comic way tried to express worries about the surrendered terrorists.

He said, while it is understood that the situation in Afghanistan calls for concerns by any right thinking person or organisation, the manner in which the comic Young Elder presented it, showed his lack of basic knowledge on the subject he hurriedly delved into.

“The amateurish production conjured some unfounded and baseless claims that only existed in the pigment of their imagination, claiming that surrendered terrorists were going to be absorbed into the Nigerian Army (NA).

“For the avoidance of doubt, the NA does not have any repentant terrorists joining its ranks and does not have any plan for that. There are teaming able-bodied Nigerians that are willing to join the NA and genuinely help in the fight against terrorism and other violent crimes,” The statement said

According to him, the Nigerian Army is not desperate for prospective recruits to stoop so low and engage the services of former terrorists, adding that as a general rule, it is not even recommended to absorb former fighters into the services of a regular military.

“The NA wish to state that the campaign of falsehood embarked upon by some individuals who do not wish the nation well cannot distract its personnel from their resolve to bring an end to the violent crimes in the country.

“We wish to reiterate that the NA under the leadership of the Chief of Army Staff, Lieutenant General Faruk Yahaya will continue to operate within the dictates of the law. Surrendered terrorists will be received, processed and passed to the appropriate Government agencies that are saddled with the responsibility of handling them,” the statement said.

Onyema further said, “while we recommend that matters related to security be left with those who have the requisite expertise and experience, we wish to remind comic characters like Young Elder to focus on contributing towards nation building and not engaging in campaign of falsehood.