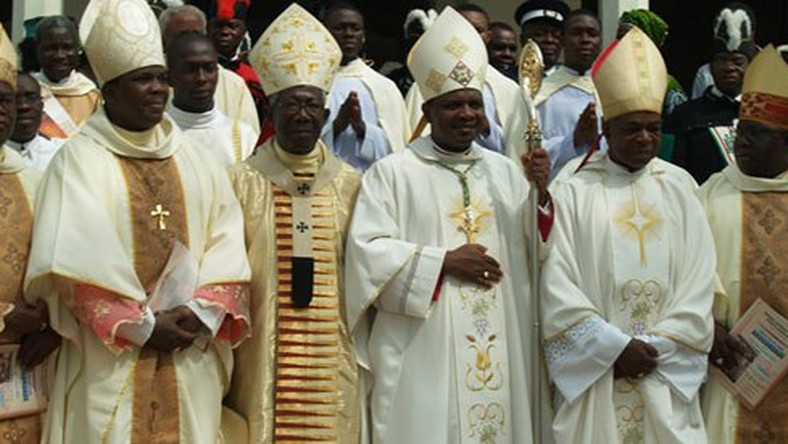 The Catholic Bishops Conference of Nigeria, CBCN, has said that Nigeria is becoming one of the most terrorized nations in the world and asked the federal government to end the high level of insecurity in the country in the interest of the traumatised present generation.

The clerics made this known in a communique issued to journalists in Abuja by the National Director of Social Communications, Catholic Secretariat of Nigeria, Abuja at the end of the second plenary of the Bishops’ Conference, yesterday.

In the Communique co-signed by the CBCN President, His Grace Archbishop Augustine Akubeze; and Secretary, Most Revd Camillus Umoh, the Catholic bishops said that the government must be balanced and seen to be so in its response to the challenges of insecurity.

While condemning the widespread attacks by bandits, they stated that “life has never been so cheap, nor has Nigeria ever been at the stage we are now.”

The Catholic bishops said it is clearly in the interest of the Federal Government, and of the entire nation, to ensure that the youths in all parts of the country are gainfully employed as a way of reducing the unrest.

The communiqué read in part: “Deaths in the hands of kidnappers, killer herdsmen, bandits, terrorist groups have made Nigeria one of the most terrorized countries in the world. The abductions of school children present us with the prospects of a traumatized generation of young people.

“We recognize the efforts being made by the government to fight insecurity in the land. However, we stress that the government needs to show more strategic commitment and sincerity in this fight and take full responsibility for the present culture of violence and impunity in the country.

“We urge government at all levels to provide the enabling environment that would make it possible for both the government and the private sector to create job opportunities for our teeming youth population. This would surely reduce the danger of insecurity and unrest.”

On the agitation for self-determination by some socio-cultural groups, the Catholic prelates blamed the situation on bad governance, injustice, inequity, and unfairness in appointments and distribution of resources to parts of the country.

They said, “We recognize the rights of peoples to self-determination; yet we emphasize that the exercise of such rights must be within the confines of the rule of law. We urge the government to ensure a just and fair trial of the arrested key players in the struggles. To mismanage these cases is to trigger off further avoidable unrest.We reiterate that the struggle for the ‘soul’ of Nigeria, that is presently ongoing, will not be won by ethnic cleansing, nepotism, kidnapping and banditry but by love, fairness and equity, common good and patriotism.

On the politics and election reform, the CBCN stated that although the Catholic Church does not support any political party, it would back any government that prioritised the welfare of the people.