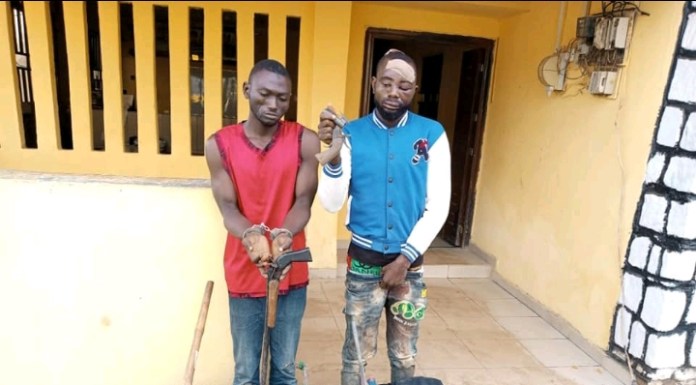 The said Abdul was arrested at an estate in Kwamba, Suleja where he attempted to snatch a handset from a victim and alarm was raised which attracted mob action.

The Police patrol team quickly mobilized to the scene, rescued and arrested him from the mob who had inflicted injury on the suspect.

During investigation, the Police later conducted a search at the suspect’s residence and the following items were recovered;

Mustapha was later arrested when he attempts to evacuate some exhibits from one Hamza Hussaini residence who is also a member of the robbery gang, but presently at large.

The suspects were equally reported to have robbed some victims at Gabodna market and made away with three mobile phones, one Atm card, and a sum amount of money.

The police said effort is ongoing to apprehend the said Hamza while the two suspects arrested will be prosecuted immediately the investigation is concluded.