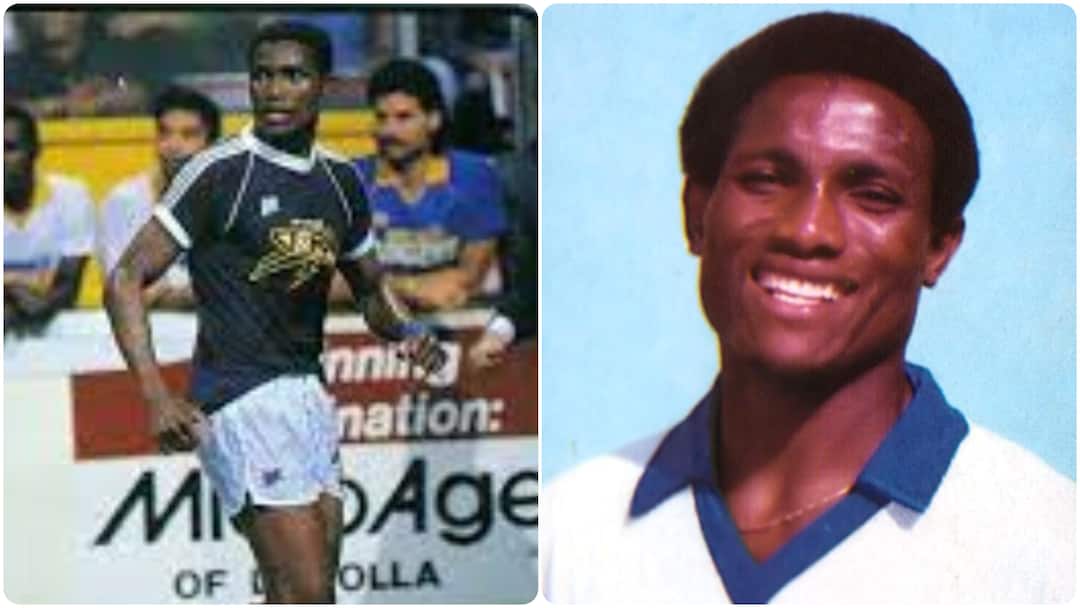 The former player was a prolific striker during his brief spell with the national team before he went to the US for academic pursuit.

The former player was a prolific striker during his brief spell with the national team before he went to the US for academic pursuit.

In the brief spell he had with the national team, where he played 24 times he averaged a goal per game.

Usiyan came into national limelight the moment he came in as a dying minute substitute for the then Mid Western State intermediate team that beat Western State in Lagos in 1973.

With scoreline at 1-1, and with the extra time just two minutes to end in the semi final clash, Usiyan was brought in by Mid West just as a corner kick was about to be taken.

Usiyan ran into the penalty box just in time to finish up with a classic header that beat Goalkeeper Zion Ogunfehinmi.

From that moment, Usiyan became the striker that the national team needed. He scored the winner for the Nigeria Academicals in the defeat of their Ghanaian counterparts at the Ghana-Nigeria Sports Festival in 1975.

Usiyen who was playing for Asaba Textile Mill made his international debut for the Green Eagles in the 1-1 draw with Kenya on 7 February 1976. It was a scoring debut for him.

A week later, he scored again against Zambia in a 2-1 triumph in one of the friendly matches played in preparations for the 1976 Africa Cup of Nations.

With Nigeria depending on his scoring exploits, it was a rude shock when he abandoned the team for academic pursuit in the United States just as Nigeria got into a triangular final qualifying match involving Egypt and Tunisia.

He made his final outing for Nigeria in the first leg of the final qualifiers for Spain ‘82 World Cup when Nigeria lost 2-0 to Algeria in Lagos.