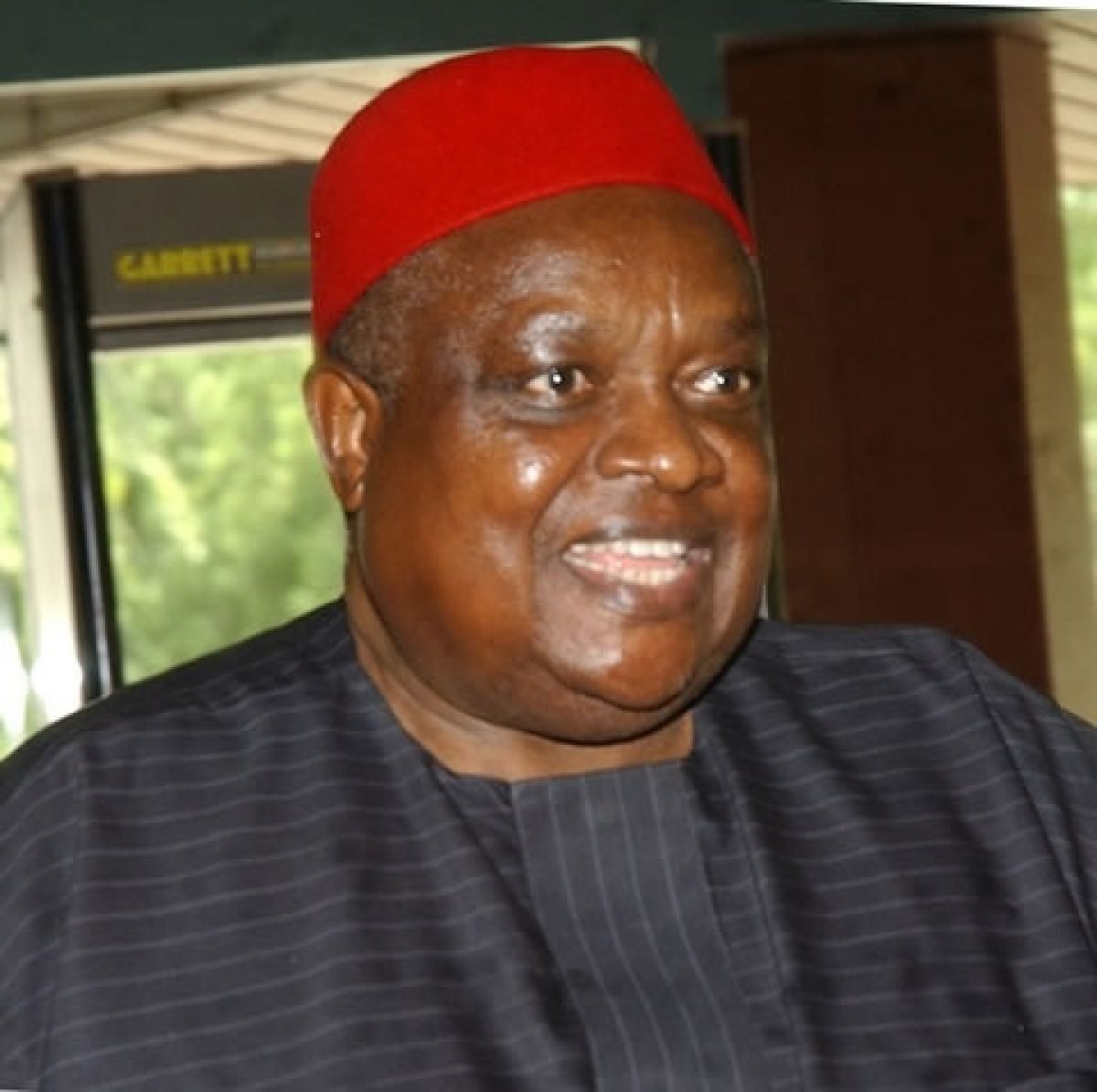 Elder statesman and prominent Southeast politician from Imo State, Chief Emmanuel Iwuanyanwu has
officially announced his exit from partisan politics to pave way for the younger generation of leaders.

The member of the Peoples Democratic Party, PDP, Board Of Trustees, BOT, promised to continue to serve his people as an Elder Statesman and in his capacity as the Chairman of Ohanaeze Ndigbo Council of Elders.

Iwuanyanwu, who made this disclosure on Thursday in release made available in Owerri, pointed out that he has been able to groom and mentor those who will now carry on with his legacies and political philosophy.

His words, “but before I take a bow in politics, I wish to put on record once again my key thoughts on several National questions that are yearning for answers which were the main reasons I ventured into politics and actually aspired for the office of the President of Nigeria thrice with the hope of fixing Nigeria one day.

“Unfortunately, providence was not on my side to be President of Nigeria. The younger generation of leaders can through these little views of mine, draw wisdom from my wealth of experience and continue with the struggle for a better Nigeria (in the context of partisan politics) from where I stopped.

“On September 4th 2021, it pleases the Lord that I mark my 79th birthday so quitting politics would enable me focus on my charity organisation,” he said.

Recalling his civil war experience, Iwuanyanwu said, “I commanded many battles during the civil war; I headed the Biafra Combat Engineering Intelligence, worked with other bright engineers from Biafra to develop the dreaded Ogbunigwe missile and other military ammunition.

“I was equally kept alive through fervent prayers while at the forefront of the war fighting during the Nigeria civil war that lasted for about three and half years.”

On burning national issues , Iwuanyanwu said, “restructuring the country to ensure devolution of powers to the federating units is panacea to political stability in Nigeria. We need to have strong federating Units and a week center so that everybody will leave Abuja and go back to their regions/states and develop the place, people will now pursue opportunities in their respective states and not in Abuja.

“The Local governments will now be made very functional to bring opportunities and development closer to the people. The agitation against injustice, marginalization, tribalism, etc will all seize because every region is developing at their own pace with what proceeds from their soil and based on how they have been able to maximize and manage the proceeds from their respective regions.

On economy, Iwuanyanwu said the government of the day must now cut down on excessive borrowing and cost of governance.

He emphasised the need for Nigeria to commence building an economy beyond crude oil, stressing that “by restructuring, states will be able to rise to the challenges of generating revenue from the abundant natural and human resources God has deposited in various states in Nigeria and not waiting for monthly handouts from the proceeds of crude oil from Abuja.”

He said states like Zamfara where Diamond was recently discovered would be able to explore the natural potentials deposited in their soil without hindrances from the federal government thereby emerging as one of the very rich states in Nigeria.

“The massive waste and excessive borrowing in government is also becoming very alarming. The debt profile of this country has risen to a shocking level that I always wonder if any future government will be able to pull Nigeria out of this predicament”, he said.