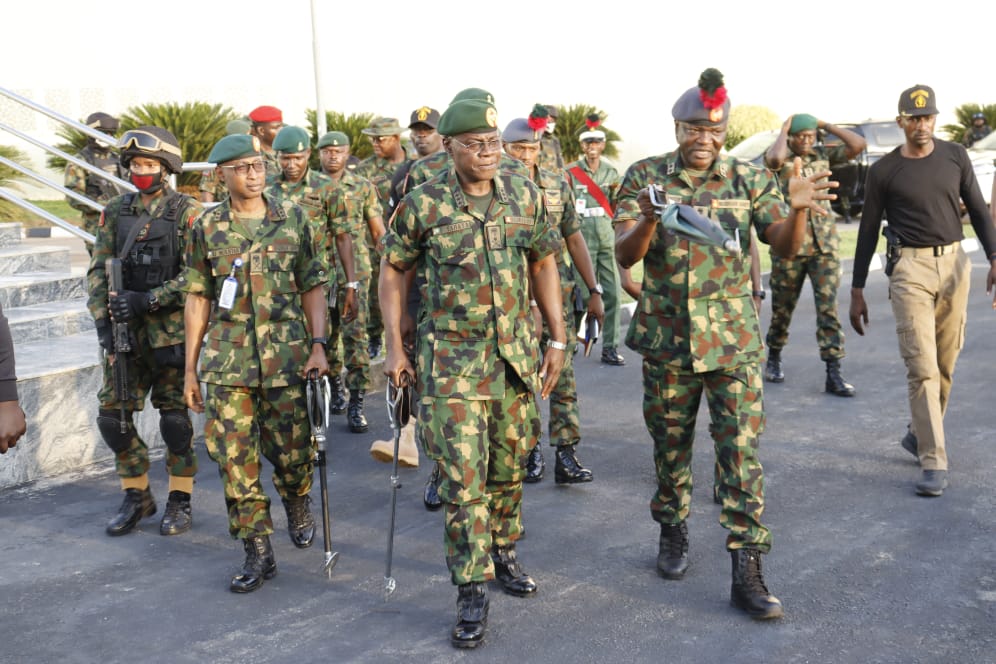 On August 24, bandits attacked the residential area of the NDA campus in Afaka. Two officers were murdered, one kidnapped and another injured.

Yahaya got a firsthand brief on the incident and commiserated with the commandant, Maj Gen IM Yusuf and the Academy.

Yusuf said Major Christopher Datong is still missing and confirmed that efforts to rescue him are ongoing.

He informed the COAS of measures being taken along with 1 Division Nigerian Army, the Nigerian Air Force and other security agencies in Kaduna to prevent future attacks.

The commandant added that the invasion had reinforced the cohesion of the entire Academy community.

The visit of the COAS followed that of Chief of Defence Staff (CDS), General Leo Irabor.