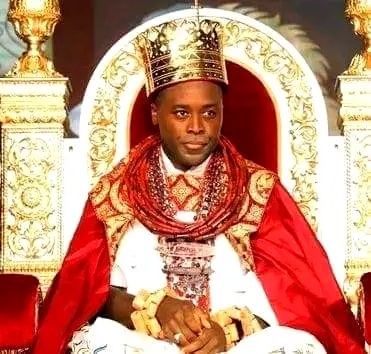 The decision was announced by the new Olu of Warri, his Royal Majesty, Ogiame Atuwatse III.

Ayiri Emami has been removed as the traditional Prime Minister of Warri Kingdom.

The decision was announced by the new Olu of Warri, his Royal Majesty, Ogiame Atuwatse III.

This followed the revalidation of Itsekiri chiefs in Ode-Itsekiri, the ancestral home of Itsekiris in Warri South Local Government Area of Delta State.

The exercise which commenced on Thursday August 2nd 2021, also saw the confirmation of the Warri Council of Chiefs, which was preceded by a public notice that dissolved the Council, committees and subcommittees in the Kingdom.

Chief Johnson dislodges Chief Ayirimi Emami, the ‘Ologbotsere of Warri Kingdom,’ who served as traditional prime minister under the immediate past Olu, his majesty, Ogiame Ikenwoli. POLITICS NIGERIA learned that Emami was not in good terms with the new Olu.

According to Ogiame Atuwatse III, the exercise would be carried out in batches.