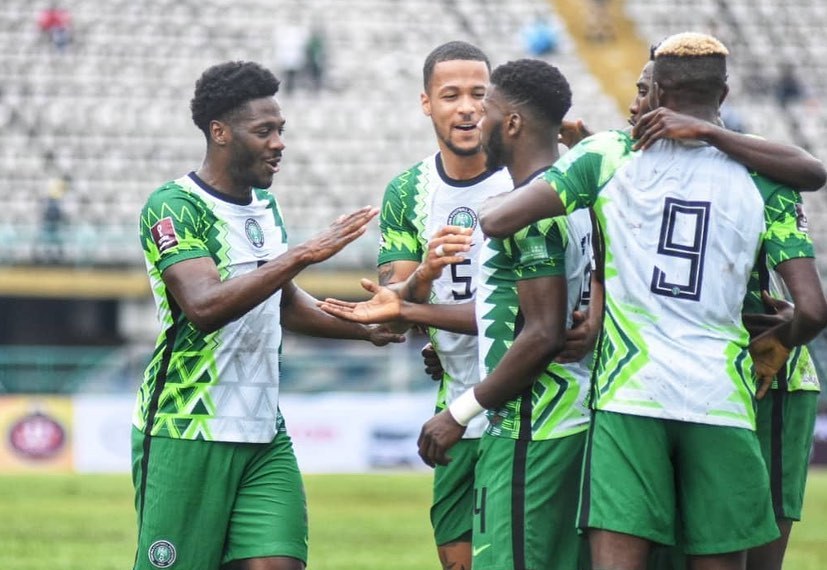 Leicester City striker, Kelechi Iheanacho, accounted for the two goals as the Super Eagles dispatched the Lone Star of Liberia at the Teslim Balogun Stadium, Lagos, yesterday in the race to earn a seventh FIFA World Cup finals appearance.

The game against the visiting Liberians was one of the Day 1 games of the African qualifying campaign to Qatar 2022 World Cup.

Iheanacho was the hero of the night for Nigeria with his double, first in the 22nd minute and the second in the 45th minutes.

Since making their debut at the FIFA World Cup finals in 1994, the three-time African champions, Nigeria, have only missed the participation in the finals once – the 2006 edition in Germany. They were denied that berth courtesy of CAF’s head-to-head rule that favoured Agnola.

In 17 previous clashes with Liberia’s Lone Star, the Super Eagles won 10 matches, drawing three and losing four. One of the four losses was in Monrovia in July 2000, when a team led by the man who is now that country’s President (George Oppong Weah) shot 2-0 ahead before Sunday Oliseh pulled one back for a 1-2 loss for Nigeria in a 2002 FIFA World Cup qualifying match.

Iheanacho put the Eagles ahead on 22 minutes with a sizzling drive from the edge of the penalty area following a short corner kick and quick interchange of passes between him and Alex Iwobi.

Iwobi was also the provider for Iheanacho’s second in the 45th minute of the game.

A long throw from the left by Jamilu Collins was met by a flick-on by Iwobi, which fell onto the path of Iheanacho.

And in his usual style, the Leicester City man delightfully cushioned the dropping ball with his left foot before calmly slotting into the back of the net with his right foot to give the Gernot Rohr-led Super Eagles a comfortable lead heading into the break.

The second half was much like the first with the Super Eagles controlling possession and dictating the pace of the game.

The Super Eagles will travel to the island of Mindelo tomorrow night for Tuesday’s clash with the Blue Sharks of Cape Verde in a Day 2 encounter. The players from the United Kingdom, including Kelechi Ịheanachọ will not be part of the team to Cape Verde, as they will fly back to their base due to UK’s COVID-19 travel restrictions.

Though he did not make much impact in the game, Ahmed Musa made his 99th cap for Nigeria. Musa and Shehu Abdullahi came for Kelechi Ịheanachọ and Alex Iwobi a few minutes to the end of the game. Paul Onuachu and Samuel Kalu were introduced earlier.

Maduka Okoye was virtually on holiday yesterday, as the Liberians found it difficult to break the Super Eagles defence wall.

The win put the Super Eagles top of Group C, and ahead of the duo of Cape Verde and Central Africa Republic who played out to a 1-1 draw on Wednesday.