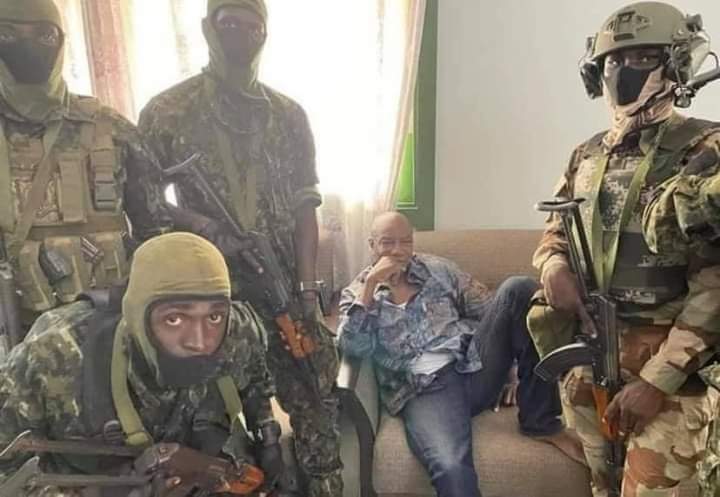 The President of Guinea, Alpha Conde, has been overthrown in coup d’etat by elements of the country’s military.

Army troops were already deployed in the streets of Conakry.

Sources confirmed that an elite national Army unit led by a former French legionnaire, Mamady Doumbouya, was behind the coup.

Already, images of the coup leaders have emerged from both the Presidential Palace, the conveyance of a disheveled Conte in a vehicle and his detention location.

He is currently placed on house arrest.

In one of the pictures, the 83 year old dictator was seen seated in a vehicle in-between soldiers and clad in a shirt and jeans with some buttons undone.

He appeared visibly miffed and unhappy.