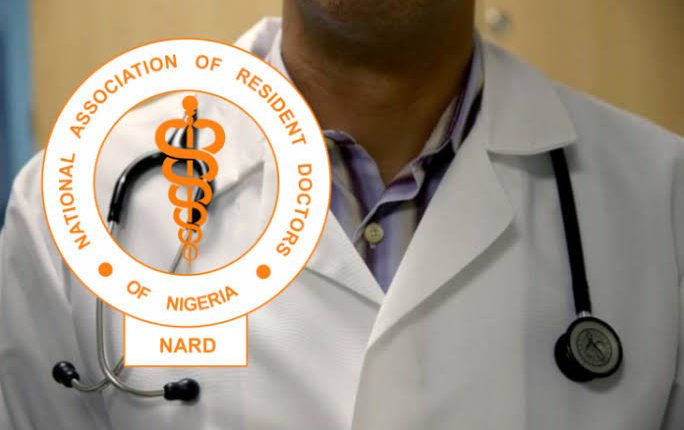 The federal government has revealed a condition after agreeing to meet demands of striking doctors.

The nationwide strike embarked upon by doctors in Nigeria may soon come to an end after the federal government agreed to meet the demands of the striking Nigerian Association of Resident Doctors, NARD.

The federal government however insisted that it would implement it’s no-work, no-pay policy.

Recall that the NARD have been on strike over irregular payment of salaries, among other issues.

Following failed efforts to get the association to suspend it’s strike through the industry court and other measures, the Buhari administration announced the implementation of the no-work, no-pay policy.

Speaking to State House correspondents on Sunday after meeting with Buhari, the Minister of Labour and Employment, Dr Chris Ngige said the 12-point demands of NARD have been met.

He however added that the enforcement of section 43 of the Trade Dispute Act during the period of strike remains effective.

Ngige said: “Out of their 12-point issues raised in their demands, we have done all, we have come to agreements on all, including those that even affect the Medical and Dental Consultants Association of Nigeria and medical doctors who are in academics and teaching universities.

“So, we have handled it all, the only point of disagreement now is that they said that the agreements and the memorandum of action that Section 43 of the Trade Dispute Act will not apply to them.

“That section says that when a worker withdraws his services from his employer, the employer is at liberty to withhold payment of emoluments to him and the ILO principles at work and strike said you can use that money to pay other people you have engaged in that particular period of strike.

“That’s why overseas and in other climes, you don’t see strikes getting more than three days or four days or five days, highest. They only do picketing and things like that, because people’s lives are involved.”

The former Anambra governor added that the suit against doctors would be dropped ones they resume at their duty post.