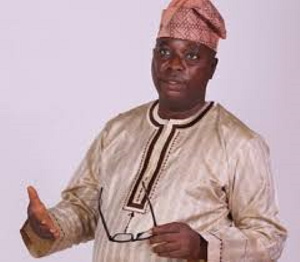 Barrister Olusegun Bamgbose, Esq., a chieftain of the New Nigerian Peoples Party, NNPP, has cried out that Nigeria’s economy might be grounded in the next nine months.

He said this was bound to happen except there is an urgent economic intervention.

He noted that the economy was currently in very bad shape due to poor management, adding that the Buhari government had failed woefully to take necessary precautions to prevent it from nose-diving.

“This has led us to where we are currently. A leader who is not well versed in modern economic trends and who lacks a sound economic team will perform poorly economically,” Bamgbose told DAILY POST on Monday.

“Buhari’s penchant for foreign loans is alarming and the most unfortunate aspect of it all is that almost 30 -35% of the loans are embezzled by politicians and government agencies.

“There cannot be any meaningful economic growth where corruption is massive and pervasive. That the Nigerian economy may collapse in the next nine months is never a false alarm but a factual one.

“It’s on record that Nigeria records debt service to revenue ratio of 98% between January and May 2021, in essence, the Federal Government spent a whopping 1.8 trillion on debt servicing in the first five months of the year, representing about 98% of the total revenue generated in the same period.

“This is a very dangerous economic trend, this has indicated that our economy is not healthy and very, unfortunately, we lack economic ‘doctors’ to reverse the trend.

“A cursory look at the data revealed that the total aggregate revenue generated by the Federal Government between January and May 2021, stood at N1.84trn bearing in mind that N1.8trn was used for debt servicing.

“This has revealed that 98% of our revenue goes for debt servicing. This invariably suggests that the Federal Government that more foreign loans is inevitable in the area of funding for capital projects.

“This is the sad situation we have at hand. This has shown that our economic managers have failed us and the economy of Nigeria may in the nine months collapse.

“It’s an understatement to state that our economy is sick because the reality on the ground is that the economy is gasping for breath and may soon enter a coma except for something urgent is done.”