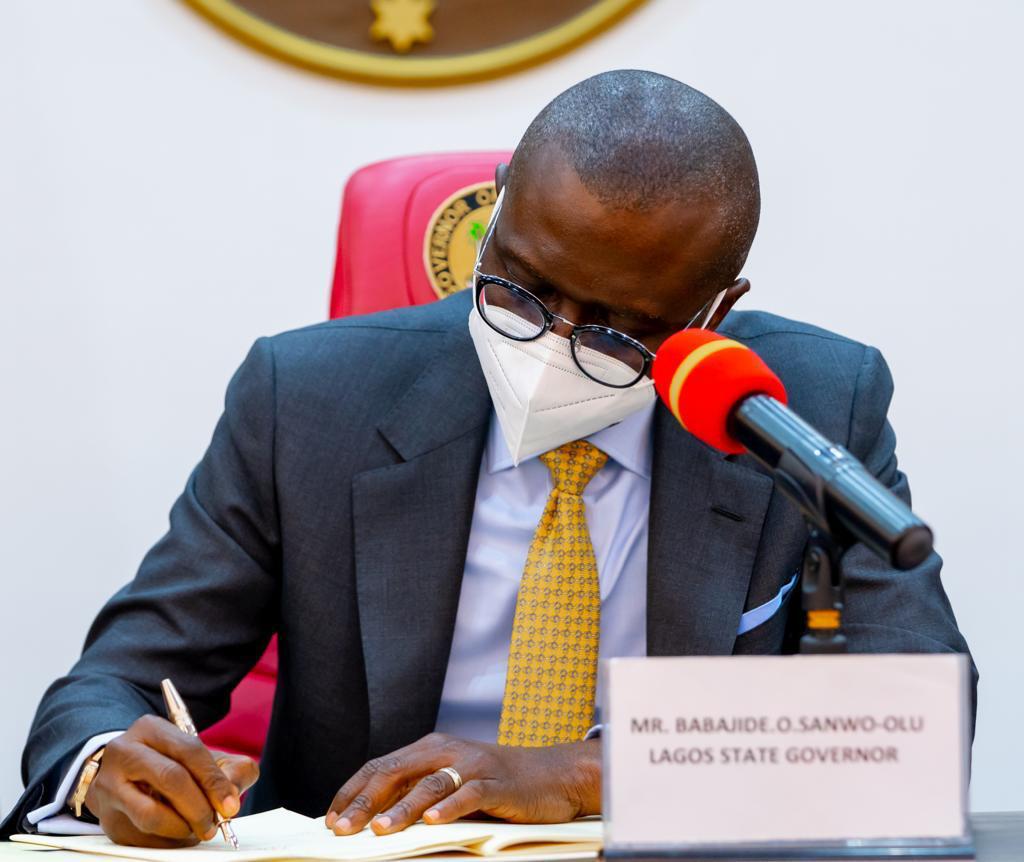 The bill was passed by the House of Assembly on Thursday alongside the anti-open grazing bill.

“By this act, the Bill has now become a Law”, Gbenga Omotoso, Information Commissioner announced in a statement on Friday.

Sanwo-Olu signed the “bill for a law to impose and charge VAT on certain goods and services” after returning from an official trip to Abuja .

The federal government is opposed to the passage of the bill and is in court to block it from going into effect.

On Friday, Lagos won its bid to join the battle against the Federal Inland Revenue Service (FIRS) on the VAT collection.

The Court of Appeal explained that it granted the state’s application, filed by the Attorney General and lead counsel Moyosore Onigbanjo, in the interest of justice.

Justice Hamman Zamani ruled that Lagos proved that it has the right to be heard in the legal tussle.

The appellate court rejected FIRS objection, noting that the agency made serious allegations against the state in its suit.

“We have carefully scrutinized the issue raised by Lagos. We are of the view that the interest of Lagos is paramount and by law, ought to be protected by allowing it to make its case”, Zamani said.

The FIRS, in an appeal marked CA/PH/282/2021, wants the Court of Appeal in Abuja to set aside the judgment of a Rivers High Court which granted powers to the state to collect VAT.