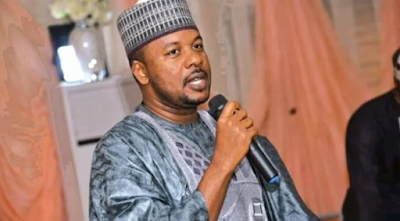 The Rivers State Government, through the State Attorney General, had challenged the collection of VAT by the Federal Government agency in court.

Wike had directed the Rivers State’s Internal Revenue Service to immediately commence the implementation of the state’s value-added law 2021.

He directed all corporate bodies to pay their taxes to the state government or risk being sanctioned including “the sealing off of their businesses”.

“Let me warn that the Rivers State Government is fully in charge of the state and will not tolerate any further attempt by the FIRS to sabotage or undermine our authority to freely administer our tax and other related laws in our own State. Those who play with fire risk having their fingers burnt. Enough of the shenanigans,” Wike warned.

Governor Wike said the law will be in place until the judgment is set aside by a superior court.

Dawisu, on his Twitter page, said any northerner opposing VAT to the state government does not mean well for his people.

According to him, it is time for northern leaders to wake up and seek how to revive the region’s economic status in the country.

“Any northerner that’s attacking Wike on this VAT issue does not mean well for his region. On this I’m with Wike 100%.

“Its time we look inwards and do some soul searching on how to revive our economic status in this country.

“To me, this is a wake up call to Arewa leaders and followers,” Dawisu said.