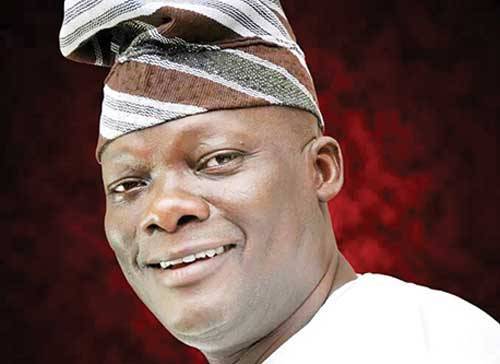 Chairman, Senate Committee on local content, Senator Teslim Kolawole Folarin has called for the decentralisation of the security architecture in the country.

Folarin noted that this was necessary in order to put an end to the rising cases of kidnapping, banditry, armed robberies and other criminal activities in the country.

Folarin, who represents Oyo Central senatorial district at the National Assembly, made disclosure while delivering the 2021 alumni lecture of the University of Ibadan Alumni Association, Oyo State branch on Friday.

Present at the lecture entitled “The challenges of governance and security in Nigeria” were a member of House of Representatives, Akin Alabi, former President, Central Council of Ibadan Indigenes (CCII), Chief Adebayo Oyero, Chief Adegboyega Adegoke and Chief Lowo Obisesan among others.

The All Progressives Congress (APC) lawmaker studied political science at the institution.

The former Senate leader, who admitted that the statistics of insecurity was rising in geometric proportions, advised the present administration to decentralise the security architecture in the country so as to effectively police the country.

He added that continuous deteriorating security situation had affected the socio-economic and political development of the country.

He maintained that there was no way security agents can effectively tackle the security challenges in the country if the security architecture was not decentralised.

Folarin insisted that it will be difficult for a police officer from Awka in Anambra State to effectively police Oja Igbo area of Ibadan because he does not know the terrain.

He spoke further by saying that the social media had compounded security challenges in the country, though it has an advantage of quick and wide dissemination of information.

“Perhaps we should give more thought to the need to decentralise the security architecture of the country.

“These include incidents and cases of kidnapping, armed robberies, violence and other acts of insurrection.

“There is no way a police officer from Awka in Ananbra can come to Oja Igbo in Ibadan and effectively police the area. He does not know the terrain. So, there is a need to decentralise the security architecture in the country.

“We must emphasize the fact that the social media has compounded the challenges of security and governance in the country. What do I mean?

“The new media has the advantage of quick and wide disemination of information, but the new media is also notorious for the spread of half-truths and fake news which can pose greater in the mind nation,” he said.