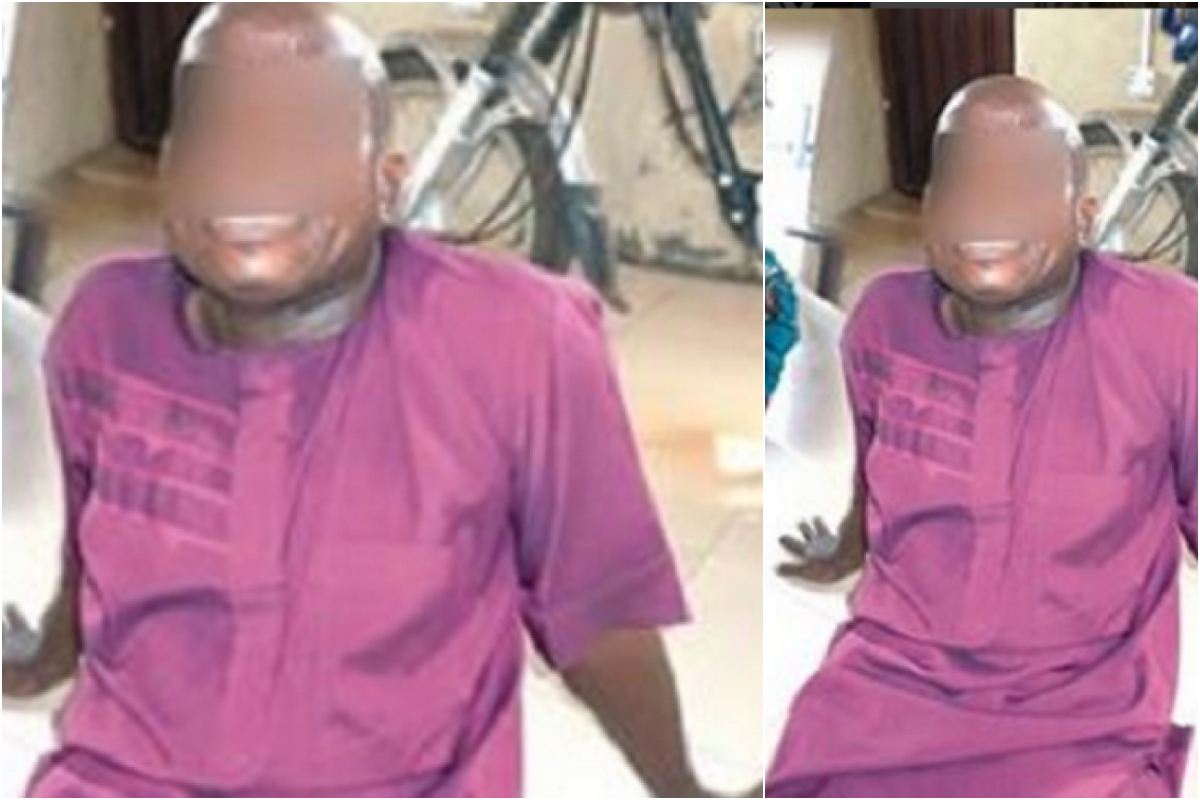 A Ghanaian pastor has been arrested for defiling his teenage daughter and saying he was directed by the Holy Spirit to have s,ex with her.

The suspect was picked up by the Ashanti regional Domestic Violence and Victim Support Unit (DOVVSU).

Starrfm.com.gh reports that the 41-year-old pastor whose name is Pastor Kwame Nkansah and doubles as a carpenter, and founded the African Faith Church accused his biological daughter of breaking her virginity in December last year for which reason he has to sleep her to cleanse her of all spiritual infirmities trailing her for having premarital sex.

Although the the16-year old denied the charges leveled against her, she was forced to admit it under pressure. This opened the floodgates for her father to abuse her sexually by saying the Holy Spirit has asked him to cleanse her of the bad omen of premarital sex.

The young girl who felt uncomfortable with the act reportedly opened up to some neighbors through which the police picked intelligence on the matter and finally arrested the pastor.

The regional coordinator for DOVVSU Superintendent Suzanna Dery said the suspect after the act warned his child not to open up to any person else she would die.

She further explained that the girl was traumatized when she was rescued by the police and was subsequently sent to the hospital for a medical check-up and she is doing very well.

Supt Dery disclosed the suspect earlier denied the crime but later confessed to the investigating officer. She added that the victim has currently been relocated from the father’s house to Kumasi.