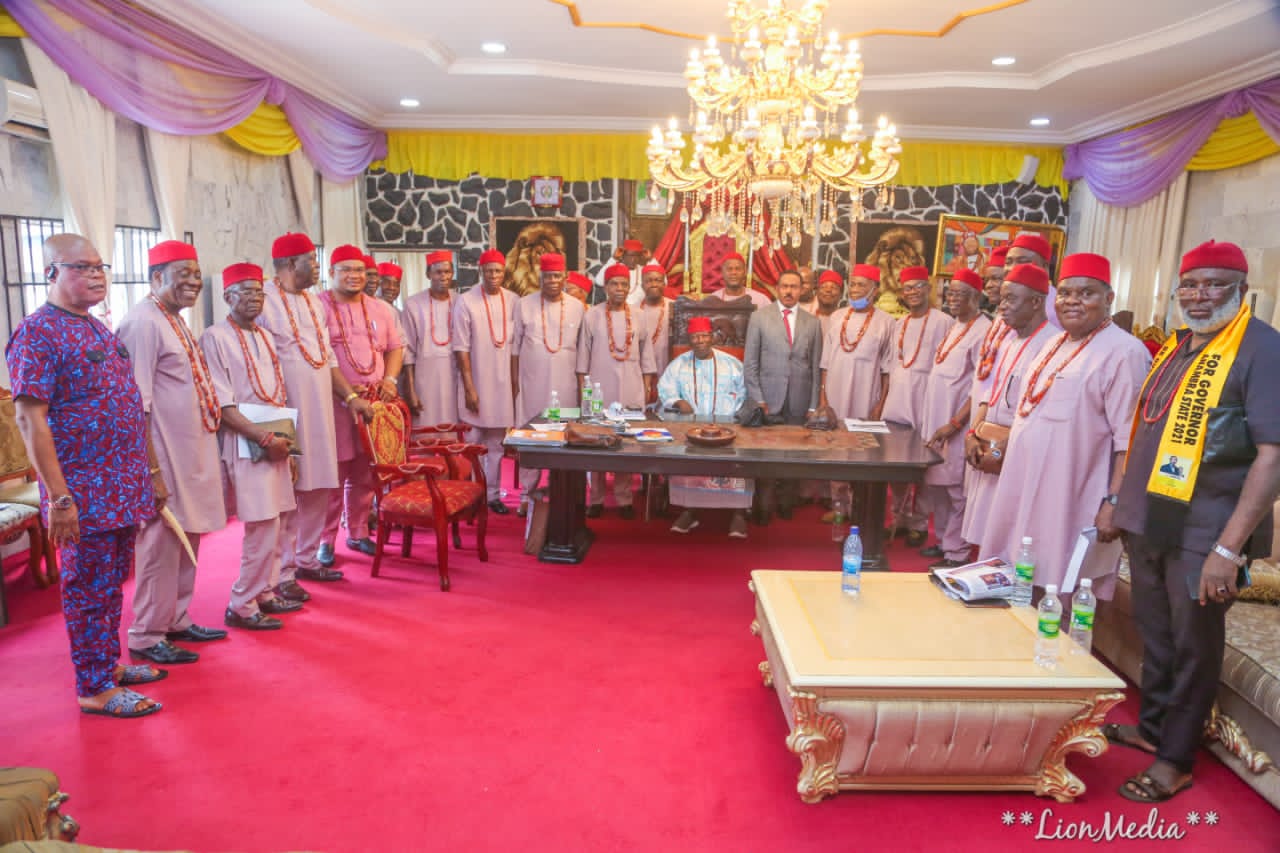 The Anambra state governorship election is heating up with the people of the state searching for whom among the multitude of candidates, is suitable to govern the State in the next four years as governor.

A careful observation of the activities of the candidates, show that the Accord party governorship candidate, Dr Godwin Maduka, is indeed very much in the contest, considering the overwhelming accolades and commendations that thas trailed his aspiration.

His ongoing tour to the wards and local governments across the State, where he is consulting the low and mighty in Anambra state, has been greeted with massive response and acceptance from the people.

As a respecter of the traditional institution, Maduka kick started his consultations by paying homage to the Igwe or Ukpo ancient kingdom and council of traditional rulers,where he received royal blessings to forge on with his guber aspiration.

Thereafter, he engaged in one on one interaction with men, women, youths, the physically challenged, traditional rulers, the clergy, several socio political associations across the state.

This has endeared him to majority of the good people of Anmabra State.

They are also building bonds of alliance, understanding and accord with the people of the State as the governorship election gets close.

The Maduka train is on the move, with good spirited individuals of the state who believe in his capacity to govern the state, strongly aligning with his aspiration.

Mr Evidence, as called by his supporters, has already shown evidence of what he can achieve if elected governor of Anambra state.

His hometown of Umuchukwu, which he transformed from rusty community to a model modern city, is enough evidence for the people of Anambra State to see and believe what Maduka can achieve if elected governor of the state come November 6, 2021.