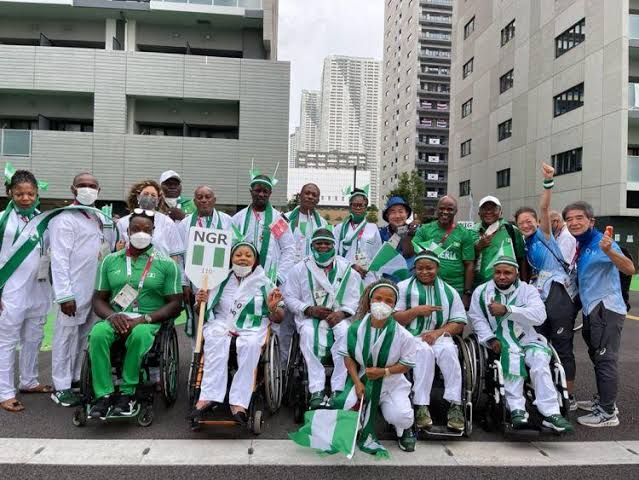 Lauritta Onye started the closing day of Nigeria’s contest by winning bronze in the women’s F40 shot put event before Flora Ugunnwa ensured Nigeria signed out on a high from Tokyo with gold in the F54 javelin event.

As reported by SportsTalkAfrica, Lauritta competed under very difficult conditions on the wet and slippery grounds of the stadium.

She nonetheless threw 8.29 metres which was enough for a podium finish but could not rattle gold medalist Sliwinska Renata of Poland whose 8.75 metres cancelled off the Nigerian’s Games’ record of 8.40 metres set in Rio 2016.

Djelal Salem of Algeria secured the silver with a throw of 8.33 metres.

Flora Ugunnwa, however, turned the story around in the F54 javelin final which was Nigeria’s last event in Tokyo.

She dusted her opponents with her 18.39 metres throw to leave Kurbanova Nurkorn of Uzbekistan and Yang Liwan of China in the second and third positions respectively.

Flora told Sportstalkafrica.com in Tokyo she had planned to achieve more at the Paralympic Games but remains thankful to God for the gold medal.