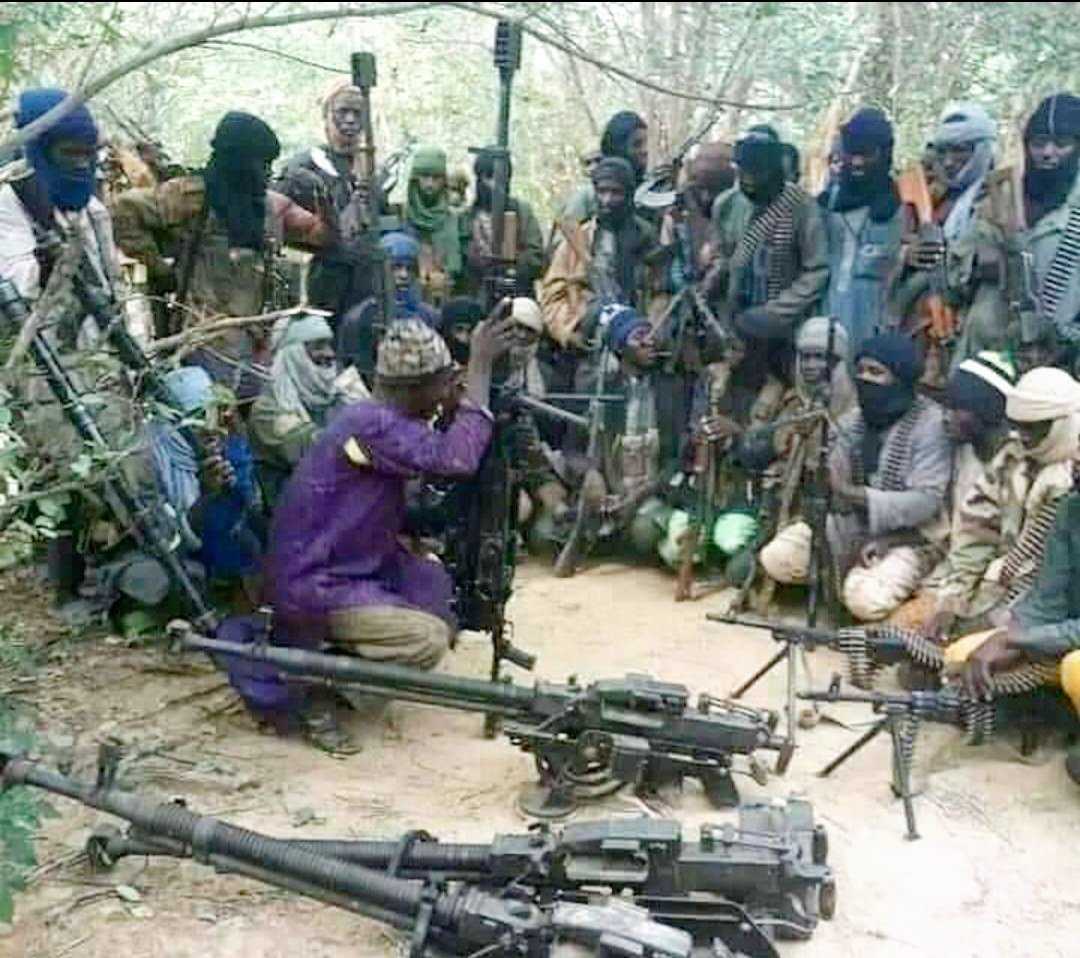 The takeover of Afghanistan by the Taliban has raised further concerns that bandits in Africa’s most populous nation may be nursing an agenda to also dethrone civil authority.

The fears are being fuelled by Taliban’s vow to impose Islamic law worldwide. Analysts believe the movement may reach out to armed groups in other countries to actualize their plan of global control.

Only a few could have predicted that apart from the North-East, there would be daily news of killings, kidnapping of traditional heads, businessmen and locals, invasion of schools, attacks on farmers, security agents and government officials.

Excluding suicide bombings, bandits seem to be hustling to achieve in five years, what took their terror colleagues one decade to attain. The fact that they don’t have gun trucks but carry out coordinated attacks with their motorcycles confirms their ruthlessness.

On July 15, bandits murdered Major General Hassan Ahmed, a former Provost Marshal of the Nigerian Army. His vehicle was ambushed at the Abaji area of Abuja while returning to the nation’s capital from Okene in Kogi State.

Ahmed was with his driver and sister, Safina. The latter was kidnapped and freed after 13 days in captivity. Millions of Naira was paid to secure her release ahead of the deadline, a source close to the family disclosed.

In late July, intelligence revealed that bandits were migrating from Zamfara State to Borno State for joint drills with Boko Haram/ISWAP elements. In a circular with reference number NIS/HQ/CGI/943, the Nigeria Immigration Service commanded comptrollers to intensify surveillance.

The salient question Nigerians are asking is: How did bandits dominate the states in North-Central and North-West? They wonder how hundreds of outlaws got so emboldened to strike at will in a country with a large armed force.

According to a popular narrative, ahead of the 2015 general elections, a number of mercenaries were brought in by politicians desperate for victory. After the polls, the fighters remained and allocated territories to themselves by establishing camps.

But the federal government insists most bandits are not Nigerians. In February, Information Minister, Lai Mohammed blamed the ECOWAS Protocols on free movement of humans and cattle. He said that the Buhari administration is working towards amendment.

Banditry, insurgency and terrorism are linked, a legal practitioner, Festus Ogun said. He told DAILY POST that it would be insincere to code-name terrorism as banditry.

“The truth is that we are only playing politics of grammar when we try to tag those that recently attacked the NDA as bandits. I do not see any of these attacks credited to ‘bandits’ as such. What obtains is pure terrorism. The semantics deployed by the media will not help.

“We must tell the bitter truth to ourselves so we can know how to successfully combat this insurgency destroying our land. I do not subscribe to the view that banditry is anywhere. I hold a strong conviction, with the facts in the public domain, that what we erroneously, or rather mischievously, call banditry is nothing short of terrorism.

“That said, Nigeria has porous borders that have contributed to the strength of terrorists. We should not have porous borders if we have good leadership. Under the various laws that established the Customs and the Immigration, the authorities have a duty to ensure safe and lawful entry and exit.”

The lawyer lamented that typical of the Nigerian system, the laws are neither respected nor complied with, leaving a loophole that allows terrorists and weaponry move in and out of the nation’s territory without hindrance.

“The failure, complicity and complacency of those meant to safeguard our borders have greatly aided the activities of the terror groups. And the government should be held responsible because Section 14(2)(b) of the 1999 Constitution makes the duty to secure the people the primary purpose of government”, Ogun added.

In an interview, Immigration Public Relations Officer, ACI Amos Okpu said there are measures in place to enhance border security.

The spokesman said the NIS has deepened engagement, adding that the leadership recently visited border communities in Adamawa and Katsina states for a meeting with traditional and religious institutions.

“We held sensitization/advocacy meetings with cross-sections of stakeholders including transporters, traders, village heads, among others. At the centre of our messages is the need for them to regularly avail us with information about new arrivals in their communities. More visits to other parts of the country are in place.

“We are also building Forward Operating Bases (FOBs) along border flanks and have commissioned 14 across the country. The essence is to have our operatives stationed in accommodations equipped with modern logistics and communication gadgets for patrol. They reside in those facilities and operate 24/7.

“Moreover, with the advantage offered by our new Technology Building, we are emplacing the e-Border Project. At the moment we are online real time with some of our border locations, particularly Illela (in Sokoto).”

Okpu explained the migrant e-registration project in which the biometrics of foreigners who plan to stay in Nigeria for more than 90 days are captured.

“We are now connected to the INTERPOL global platform. This has enhanced intelligence gathering and sharing on transnational organized crime, real-time. On aliens, the word is no longer in use, they are called migrants”, the official said.

Responding to an enquiry, the Nigeria Customs Service (NCS) Deputy PRO, DC Timi Bomodi assured that security is tight at all borders to forestall influx of firearms.

“The Customs is concerned when people come in with things that are not in compliance with regulations; things considered to be against the safety and well-being of Nigerians.

“The last seizure we had was in Tin Can (Apapa port). It was a small weapon, one pistol. We have not had any recent seizure of arms and ammunition at our borders.

“Every border post is considered to be a high-risk area. We know potentially anything can happen, that is why our officers are always on alert wherever they are posted to.

“It is their alertness that has served as a deterrent to smugglers of light arms and ammunition. These persons know that we have the capacity to detect and detain anyone who seeks to bring in these items”, Bomodi added.

Meanwhile, the shutdown of telecommunication services in Katsina and Zamfara is still in effect as joint forces battle with bandits.

For Zamfara, the directive to telcos by the Nigerian Communications Commission (NCC) was communicated on September 3.

Executive Vice Chairman, Umar Danbatta informed them that the security situation necessitated the order that will last for two weeks in the first instance.

On September 12, the Socio-Economic Rights and Accountability Project (SERAP) urged President Muhammadu Buhari to direct a reversal of the cutoff.

SERAP gave a 7-day ultimatum, noting that the action suggests a disturbing trend, given the growing restriction of civic space in Nigeria.

An open letter signed by Deputy Director, Kolawole Oluwadare SERAP described the suspension as “collective punishment” of citizens and warned that shutdowns should not become an entrenched practice.

“The suspension has the potential to affect millions of internet and telecommunication users in these states, and those on the margins of society are most impacted by it.”

Admitting that the activities of bandits/terrorists could be a justification, SERAP said the authorities have failed to show how the network cessation would achieve the stated purposes.