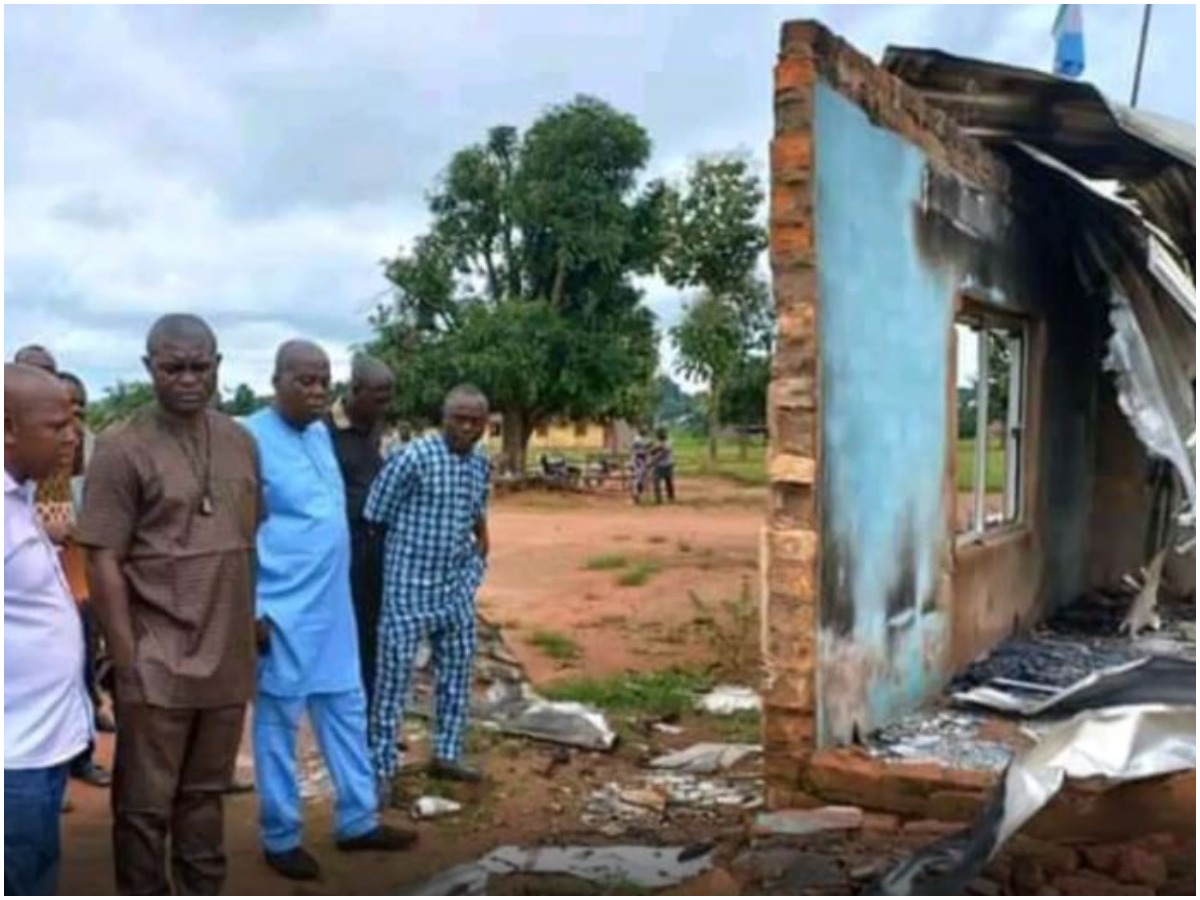 The angry students were said to have carried out the action in protest of the failure of the school to register their 2020/2021 WAEC examinations.

The Executive Secretary who announced this during his visit to the school, equally named Mr. Iorja Agber Joseph for a replacement to also report on schools’ resumption.

Until his appointment, Mr. Agber was the Vice Principal Academics, GSS Wanune, and was known for his hardwork, dedication and commitment to duty.

The Executive Secretary frowned at the level of destruction carried out by the aggrieved students, said the traditional rulers, PTA, community leaders and the Management of the school must be blamed for their inability to protect facilities provided by Government in their domain.

He urged Principals of schools to allow school bursars take charge of monies while they (Principals) only give approvals.

He sued for total cooperation of the community and staff of the school to enable the new principal to deliver effectively and requested PTA to renovate affected blocks which includes Administrative block and library, while assuring that the affected candidates will be communicated on when their monies would be refunded back to them.

Responding, the suspended principal Mr. Aliba who is also under investigation blamed the incident on a PTA (Casual) staff who was in charge of ICT in the school, explained that receipts were presented to him with the believe that the exams were duly registered with WAEC not knowing the receipts were fake.

According to him, about 75 candidates were affected while properties destroyed during the crisis includes: Certificates of WAEC & NECO that were yet to be collected, Certificate of Occupancy, school dossiers, sports equipment, chemistry and physics equipments, terminal exams results, MOCK & BECE results, furniture, school receipts, library books among many others.

Also speaking, Ter IKyor, HRH, Chief Jam Gbinde, represented by District Head of Mbatem Tse- Agberagba, Zaki Uda, District head of Mbakaaka/Tse-Agberagba Township, Zaki Liambee Adi, Chairman PTA, Mr Anthony Ker Terhemba, all pleaded with the government not to withdraw the school from the community promised to be vigilant, promised to call the suspected members of the crime to order.

In his remarks, the DPO, Konshisha LGA, SP, Markus Amos said the investigation is ongoing to bring the perpetrators to book.