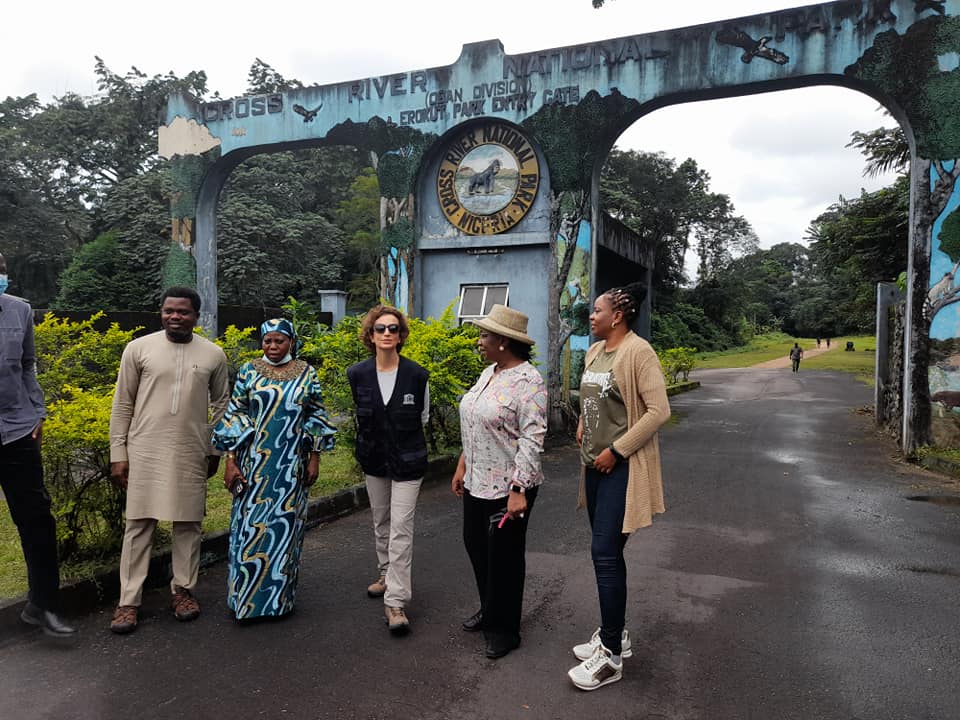 The United Nations Educational, Scientific and Cultural Organisation (UNESCO) has pledged its readiness to support the Cross River National Park for effective protection and preservation of its biodiversity.

The UNESCO also pledged to empower residents of the host communities with a view to preventing illegal logging ongoing around the park.

Mrs Audrey Azoulay, the Director-General of UNESCO, gave the assurance on Sunday when she visited the park in Akamkpa, Cross River.

Azoulay, who took a walk around the park with other officials, said she was on a working visit to the park as part of the National Biosphere meeting scheduled to hold in Abuja on Sept. 13, 2021.

She said that the visit was to also ascertain the fight against climate change and to protect the biodiversity in the park.

She noted that committed action needs to be taken to support the host communities of the park.

“We are in Nigeria to provide a solution for a greener economy for the communities, for better knowledge of the ecosystem, protection of nature and empowerment of the local communities.

“I see it as very important to meet here today with the community members for the protection of this large reserve.

“UNESCO is standing with Nigeria to protect its biodiversity through an increase of the network of the biosphere reserve.

“We have started discussions with the local communities with a view to find a replacement for the illegal activities ongoing in the park,” she said.

The Minister of State for Environment, Mrs Sharon Ikeazor, said that the ministry was also collaborating with the local communities to protect biodiversity.

Also, the Commissioner for International Development Cooperation in Cross River, Dr Inyang Asibong, said that the state government places a premium on the protection of biodiversity, hence their sustained collaboration with the management of the park.

Similarly, the Commissioner for Environment in Cross River, Mr Mfon Bassey, noted that the ministry was committed to the protection and preservation of the reserve area.

The Controller of Cross River National Park, Mr Zanna Lawal, said that the Park was surrounded by 105 communities in Oban, Akamkpa Local Government Area of the state.

Lawal said that the Park enjoys a smooth working relationship with members of the host communities in the preservation and protection of the forest.

Also speaking, Mr Victor Asuquo, the Youth leader of the host communities, appealed to UNESCO and the Federal Government to provide alternative sources of livelihood for poachers, hunters, and timber loggers/dealers.

Asuquo also called for employment for the teeming youths of the host communities and entrepreneurial training that would make them self-reliant.