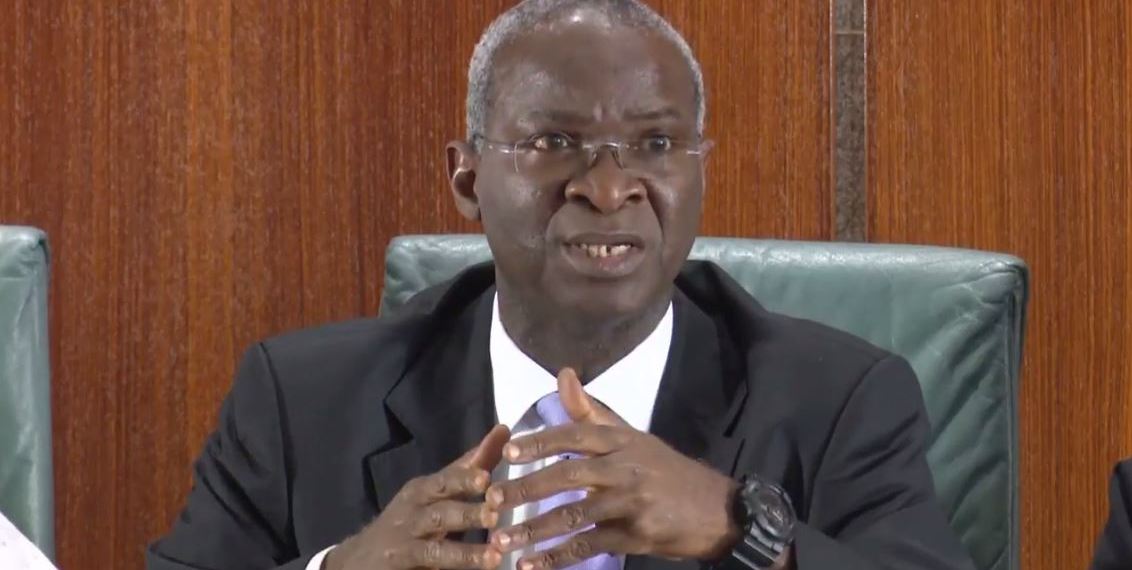 President Muhammadu Buhari-led government has set out plans to fix dilapidated roads across five states.
This was made public on Tuesday by Works and Housing Minister, Babatunde Fashola, Naija News reports.

A statement by the Director of Press and Public Relations in the ministry, Mrs Boade Akinola, revealed the minister gave the directive at a briefing in Abuja.

The minister reiterates the government’s commitment to infrastructure development, adding that its ears are wide open to listen and swiftly respond to complaints from the citizens.

He urged commuters to be patient with the government, saying the downpour across the country hurts road construction and rehabilitation.

Fashola further assured Nigerians of the Federal Government’s continuous attention to other roads with similar problems.