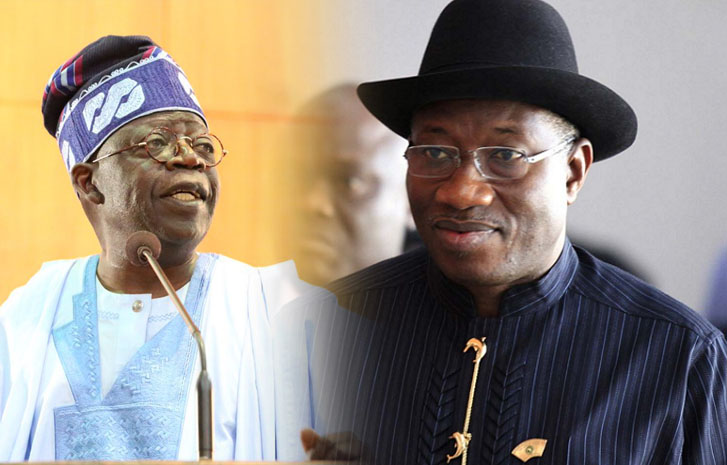 A chieftain of the All Progressives Congress (APC) from Sokoto State, Hon. Musa Sarkin Adar, believes that the strongman of Lagos politics, Asiwaju Bola Tinubu, is in a pole position to be the standard-bearer of the party in 2023 because of all the zones in the South, APC is most dominant in the South-west which is the former governor’s stronghold.

The House of Reps member who chairs the House Committee on Petroleum (Upstream) however noted that former President Goodluck Jonathan will give Tinubu a good fight for the APC presidential ticket if he eventually defects to the ruling party.

A pundit had posited that the defection of former Aviation minister, Femi Fani-Kayode from the Peoples Democratic Party (PDP) to the APC was an indication that Jonathan will soon be jumping ship, and that it was to make way for Jonathan’s emergence as President in 2023 under the platform of the APC.

Adar, while insisting in an interview with Arise News that his party will not jettison Tinubu, pointed out that APC was either wooing Jonathan to dump the Peoples Democratic Party (PDP) so that he can either contest the 2023 presidency under the APC platform or for him to be a father figure in the party.

In an event the presidential ticket is zoned to the South, he said, “the odds first favour the southwest which had populated the APC because five states are under the leadership of the APC. The South-South has Cross River state and the South East has Imo and Ebonyi”.

The APC chieftain then went on to say, “Any zone wishing to clinch the presidential ticket should go back to the drawing line and restrategise. You don’t expect when majority of you are in the other party and you are thinking of getting the presidential candidacy of the political party simply because you are making agitations. My take is that Tinubu still remains the frontline presidential aspirant of the APC from the South generally.

“Then, of course if President Jonathan joins the APC, he is going to give Tinubu a good fight. Then if the South East wishes, they can now come together and think of joining APC enmasse to populate the APC, then they can make their case that they have never produced a president before and that the rest of the South should give them a chance.

“But if they think by remaining in the PDP is where they can get the presidency, then they are free to remain there. But they should remember that the PDP is now depopulated across the country. For example in the whole of the Northwest, the PDP has only one governor which is Sokoto, my home state.

“In the Northeast, it has Bauchi, Taraba and Adamawa. In the North Central, it has Benue. In the Southwest, it has only one, Oyo. So, they should look at this as well as the number of federal and state lawmakers that they have. Also, what is their membership strength?”