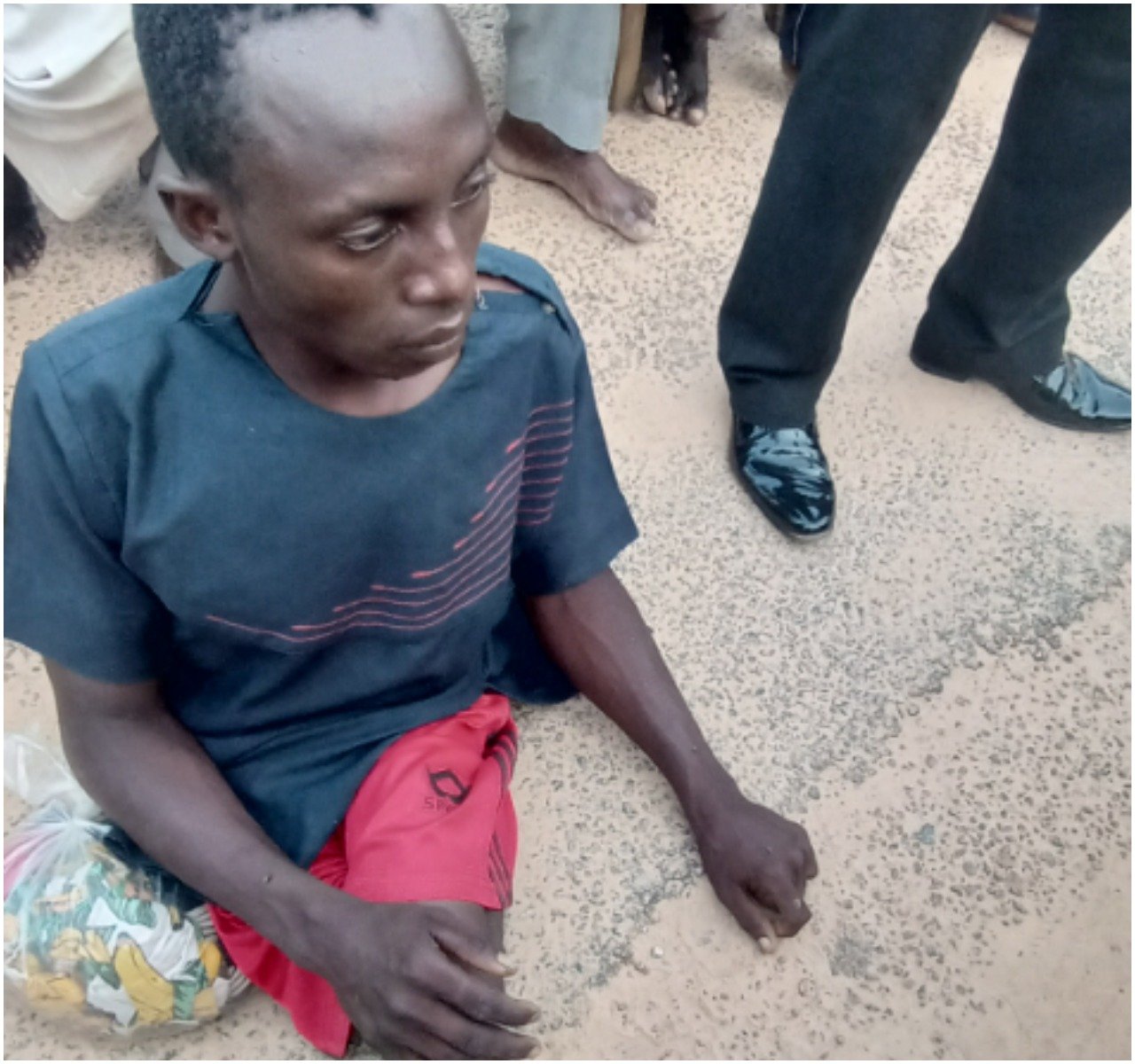 A cripple turned kidnapper has been arrested by the Katsina State Police Command for attempted kidnapping for ransom.

Buhari Haruna, 22, a resident of Kankia Local Government Area of Katsina State was paraded at the state police command on Monday for threatening and masterminding a kidnap attempt on one Hamisu Salisu of the same Kankia community.

The suspect, who claimed to be a phone repairer, was said to have called his prime target on phone demanding the sum of N2 million to save himself and family from being killed or kidnapped.

According to SP Isah Gambo, the Police Public Relations Officer in the state, the suspect while making the threat, was said to have disclosed that his initial plan was to kidnap the victim’s father but shelve the idea, realising that the old man was sick and hospitalised.

Hamisu, who reported the matter to the police was advised to play along with the suspect who instructed him to drop the N2 million ransom at a location, if he wants to save his family from being kidnapped.

Unknown to him, the police had cordoned the area, waiting patiently for the suspect to come pick the ransom who when appeared was a cripple crawling on his knee and buttock.

Immediately he picked the ransom, the police swoop in on him and arrested him before he could disappear into thin air.

“The Katsina Police Command have succeeded in arresting a person with a special need who turned himself into a kidnapper and demanded for a ransom of N2 million.

“It may interest you to know that this gentleman here, Buhari Haruna is 22 years and from Kankia LGA of Katsina State.

“On 20 August, he sent a threat message to one Hamisu Salisu, who is also from Kankia LGA and demanded for the ransom N2 million or risk being kidnapped.

“In the course of investigation, the victim reported to the Kankia Police Division where preliminary investigation led to the arrest of this suspect.

“The fact of this case was that the police advised the victim to comply with the instructions of the suspect and he made mention of a place where the N2 million ransom was to be taken to him.

“We planned and successfully took the money to the location and after we dropped the money with our men hanging around the area, fortunately enough we saw this gentleman crawling and he went and took the ran some money. Then our men rounded him up and he was arrested,” SP. Isah Gambo said.

In the course of interrogation, Buhari confessed to the crime though he claimed that it was only his first time.

SP Gambo, however, said that this would make the third time a cripple would be involved in the case of kidnapping and banditry related offence.

SP Gambo, while addressing pressmen at the police command, advised family of kidnapped victims to thread with caution and avoid panicking and rushing to pay ransom as criminals are now taking advantage of the prevalent security challenges in the state to extort people of their hard earned money.