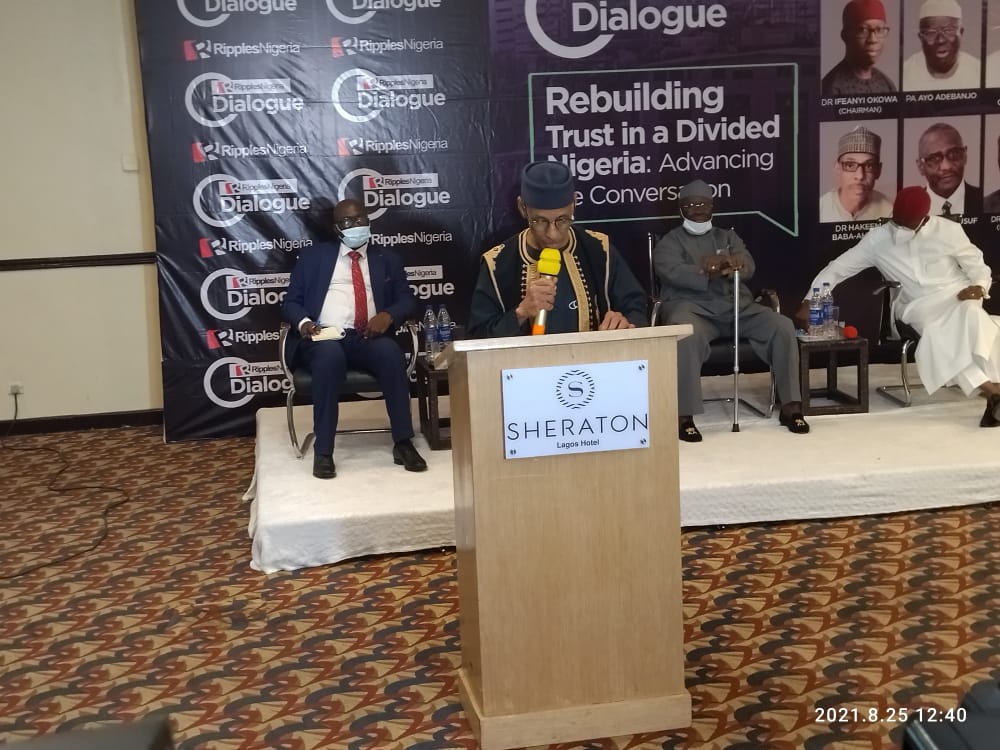 The spokesperson for the Northern Elders Forum (NEF), Hakeem Baba-Ahmed, has stated that the north can survive without the billions accruing to southern states.

Rivers and Lagos State are currently in a legal battle with the Federal Inland Revenue Service, FIRS, over the collection of Value Added Tax, VAT.

While most northern governors have kicked against the move, the 17 Southern Governors, had backed the position that “the collection of VAT falls within the powers of the states.”

Speaking on ARISE TV on Tuesday, Baba-Ahmed stated that the north is rich and can survive on its resources.

He stated that the VAT battle should be a wake up call to northern governors to device another means of creating revenue for their states.

While backing calls for fiscal federalism, Baba-Ahmed said Nigeria needs to elect a president that would restructure the nation in 2023.

He said, “I will advise that we wait to hear what the court says. However, even the fact that it has become an issue suggests that we really do need to address the fundamentals and the manner in which the federation works.

“We have always supported restructuring. We have always asked that a major and genuine shift initiative either by groups or the National Assembly so that matters like this be addressed properly.

“If we don’t do that now, then we should get a leader that would do that in 2023. This administration appears not to understand the importance of restructuring; we do in the north, we recognise the fact that we need to change the manner in which we generate wealth and allocate (it).

“The thing about is: the north wants restructuring; the north wants fiscal federalism. We are a rich region and we can live on what we have, even if we don’t have the billions that accrue to others states. Our poverty is not a kind of problem that we would break this country over.”

Speaking further, the NEF spokesperson said northern governors need to develop their resources and develop the human capital of the north.

He lamented that governors of the north do not recognise that they have human capital which could be harnessed positively.

“North, you said you have many people but you are under-developing your own people – the biggest liability of the north is that we have a huge population that is under-developed. You need to develop the human capital that you have,” he said.

“We need leaders, the current governors don’t recognise this. Otherwise, they won’t be involved in this argument; allow the court to decide.

“But for goodness sake, (they should) begin to think — what else can we do if the court decides now that Rivers State is right, Lagos State is right, and they won’t be getting all these billions coming in from VAT? What happens?”