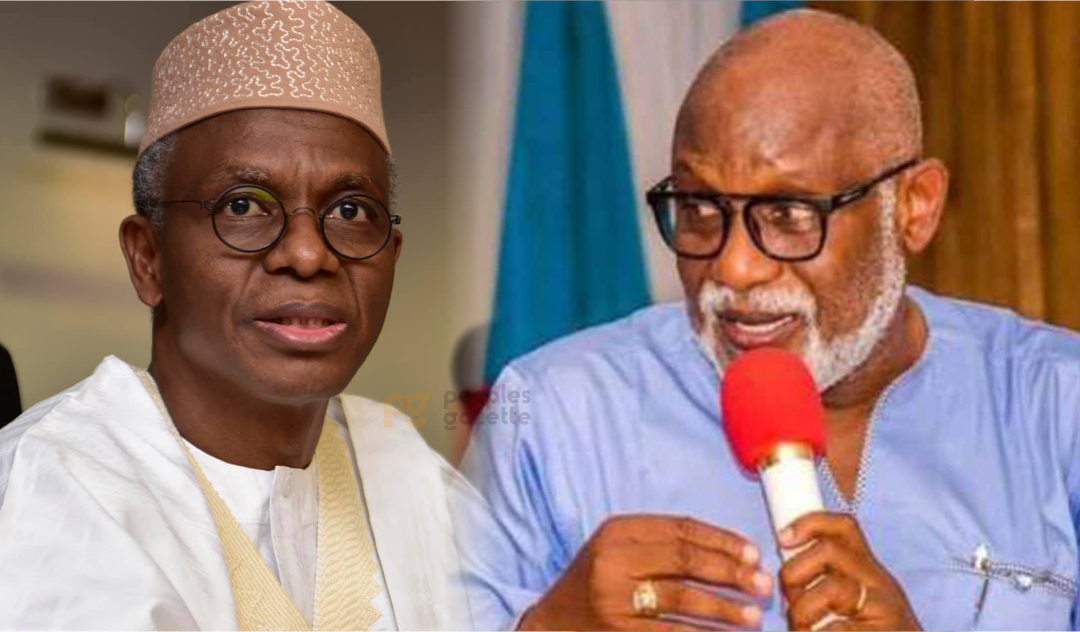 The Ondo State Governor and Chairman of the South West Governors Forum, Rotimi Akeredolu has hit hard at his Kaduna State counterpart, Nasir El-Rufai over his position on the move against the open grazing of animals.

While maintaining that the anti-open grazing law has come to stay in the south, Akeredolu lambasted Governor El-Rufai saying no sane leader should adopt the view of the Kaduna State governor.

El-Rufai on Tuesday said the open grazing ban policy adopted by the southern governors is not only unrealistic but also financially reckless.

He accused the southern governors of politicizing the issue and passing the anti-open grazing bill into law without due objectivity.

But Akeredolu in a response on Wednesday as contained in a statement issued by Commissioner for Information and Orientation, Donald Ojogo said El-Rufai’s attack on his southern colleagues was totally unnecessary and mischievous.

He accused El-Rufai of attempting to play down the harm and crises including the destruction of lives and properties caused by the Fulani herdsmen as a result of the frequent attacks on farmers in the southern region.

The statement reads: “From all indications, Governor Nasir el-Rufai if he was properly quoted and his views not misrepresented, is struggling hard to export banditry to the South under an expressed opinion that is laced with mischief.

“In these days and times, anyone who makes statements such as that allegedly made by the governor belongs to a class of an unenviable ilk masquerading as leaders.

“There is no wisdom in condemning/banning open grazing, prohibiting inter border movement of cattle in the North, including Kaduna, with an accompanying disapproval of a Law that gives bite to same, in another part of the country.”

He added however that the attempt to ‘export’ banditry to the south by allowing the criminal activities of some herdsmen to be left unchecked will be firmly resisted in the south and particularly in Ondo State.

In his view, the open grazing ban policy has come to stay and will be pursued to a logical conclusion.

He said “Perhaps, it is apt to state clearly that the likes of Governor El-Rufai are already in a hysteric ‘mode’ of escalating and indeed, externalising banditry, especially as the military onslaught against criminal elements and other terror variants suffices in the North.

“For emphasis, any such comment like that of the Kaduna Governor, if indeed he made that statement, merely seeks to encourage anarchy under the guise “of resentment of a Law by affected stakeholders.

“In order words, it is a cleverly crafted path towards replicating in the South, the most despicable situation in the North that Nigerians of goodwill daily pray to overcome. It’s a ploy beyond the ordinary.

“It must, however, be noted that the Anti-Grazing Law, especially in Ondo State, has come to stay.

“It shall be zealously guarded and conscionably deployed to protect all residents of Ondo State, notwithstanding their ethnic and religious biases. Those who have nothing evil to perpetrate have nothing to fear as regards the law.”