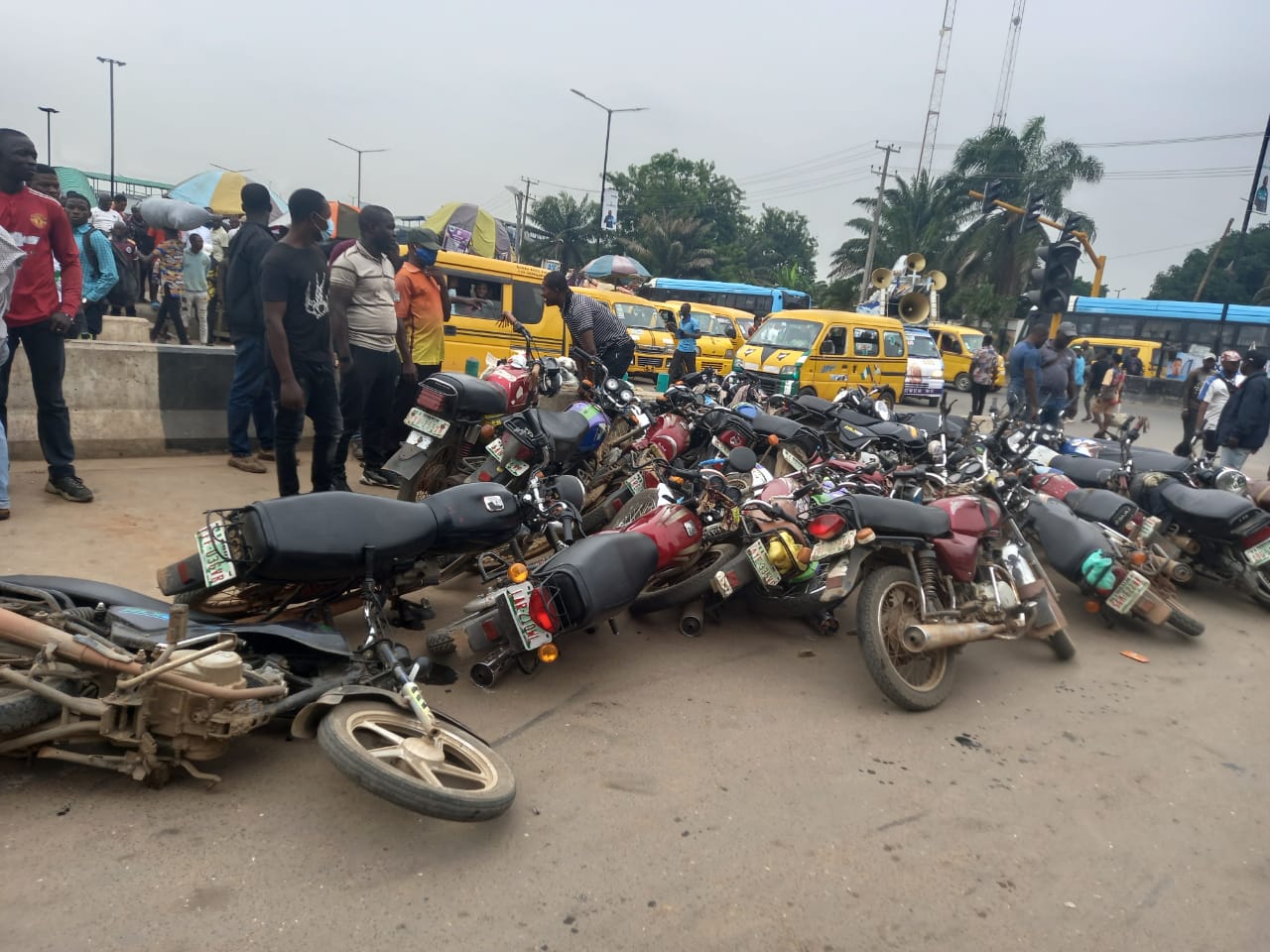 The Chairman of the agency, Shola Jejeloye, noted that over 300 motorcycles were impounded last week at Isolo, Ojodu-Berger, Ojota, Lagos Island and Surulere, while over 100 motorcycles were seized around 2nd Rainbow on Wednesday during an enforcement exercise.

Jejeloye, in a statement by the Head, Public Affairs Unit, Femi Moliki, on Thursday, stated that the agency would not rest on its oars until the disregard for traffic rules and regulations reduced drastically among commercial motorcyclists in the state.

“The traffic law was made in the best interest of the general public and enforcing the law is like assisting recalcitrant motorcyclists from killing themselves and endangering the lives of other road users.”