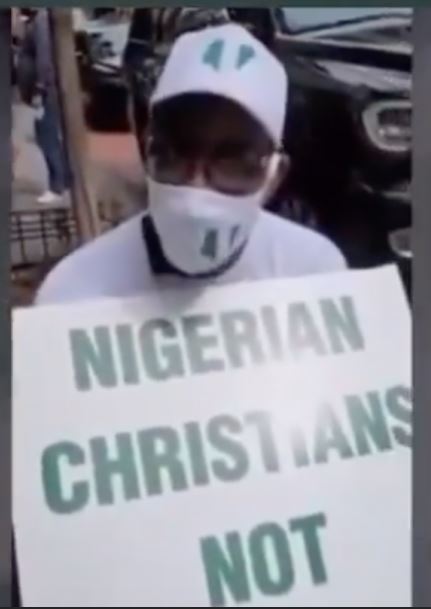 Pro-government protesters who countered groups agitating for self-determination in New York, United States on Monday were paid $50 per hour.

SaharaReporters had on Tuesday reported that pro-government protesters who countered groups agitating for self-determination in New York, United States on Monday were paid $50 per hour, SaharaReporters has gathered.

One of the people involved in “the deal” told SaharaReporters that the “One Nigeria” protesters were promised $50 for one hour and $150 for three hours to be at the venue of the protest and to show support for the President Muhammadu Buhari regime despite the glaring failures.

And also in another report published by SaharaReporters on Thursday, Nigerian Indigenous Nationalities Alliance for Self-Determination (NINAS) alleged that the Buhari government was hiring black foreigners living in the US and paying them $500 per head to stage a Pro-President Muhammadu Buhari and One Nigeria March opposite the United Nations Headquarters in New York.

Prof. Banji Akintoye, the Chairman of NINAS, said the protest would be staged on Friday (today), September 24, 2021.

In a video seen by SaharaReporters, the African American man was shown in a video with a placard saying ‘Nigerian Christians Not Targets Of Genocide Or Ethnic Cleansing’.

He, however, confessed to a reporter that he was paid to display the pro-Nigerian government even though he had no idea of what was going on in Nigeria.

When he was asked the part of the country he comes from, he replied that he was not a Nigerian but was paid to do the job.

He said, “This is a protest for Nigeria. Nigerian President not targeting Christians for genocide or ethnic cleansing. I’m not a Nigerian. Everyone has the right to protest. Yeah, I don’t know. Let me tell you something, I’m paid for this. I’m approached by some bros in my neighbourhood. There’s a lot of information going on. There are a lot of people twisting information.”