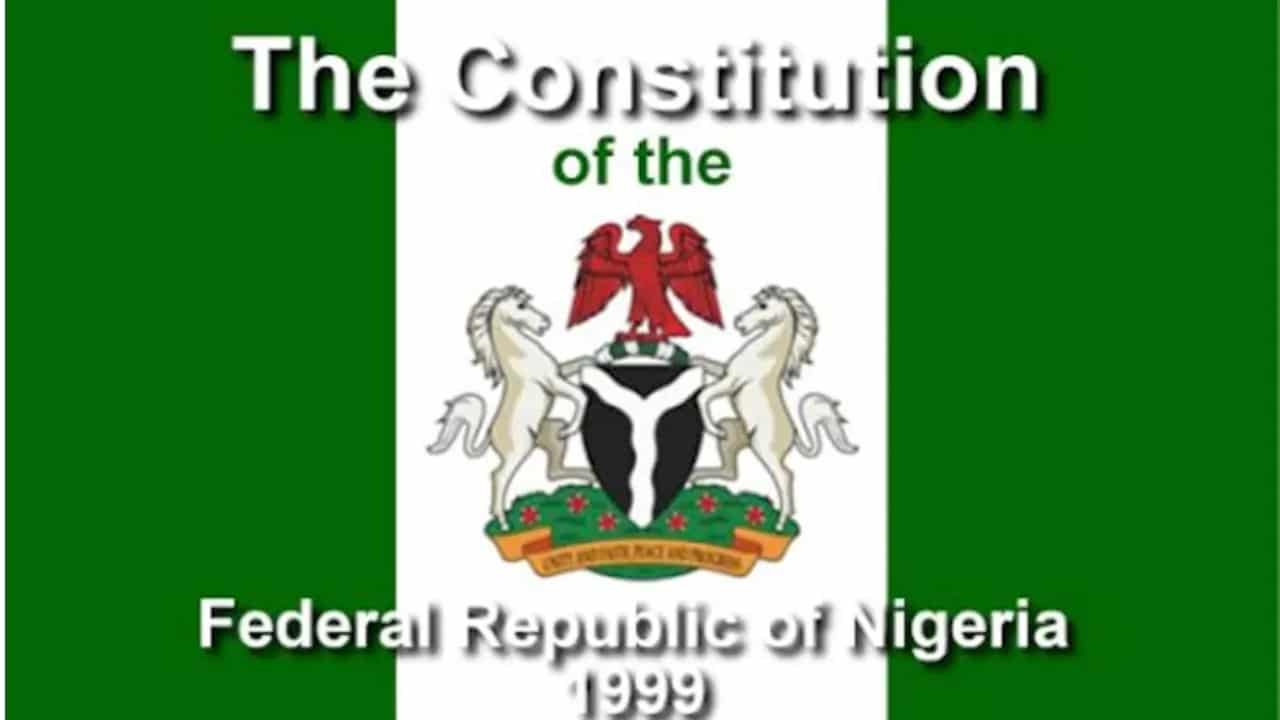 Currently, the constitution of the federal republic of Nigeria has begun to undergo an amendment at the National Assembly, however, there are citizens, cut across different fields of endeavour who do not believe that the document would see the light of the day.

Some are of the view that it has become a tradition that every session of the National Assembly creates opportunities in form of committees in the upper and lower chambers to fulfil promises made to lawmakers who supported the election of the Senate President or the Speaker of the House of Representatives.

In this feature,it  takes a look at the past, present and what would likely be the outcome of the current amendment exercise chaired by the Deputy Senate President, Senator Ovie Omo-Agege who also represents Delta Central Senatorial District.

The last amendment of Nigeria’s Constitution was in January 2011, during the administration of former President Goodluck Jonathan, since then, the inadequacy and inanity of the amended constitution have persisted with ceaseless agitation for further amendment.

This development led to the creation of an amendment committee Chaired by Senator David Mark who was President of the senate from 2007 to 2015.

Deputy Senate President, Senator Ike Ekweremadu at the time was the Chairman of the Senate Committee on the Constitution Amendment.

The Committee which is usually Adhoc was funded alongside a standing committee at the upper and lower legislative chambers. In pursuit of a workable constitutional document, Senator Ike Ekweremadu who represents Enugu West Senatorial District on the platform of the Peoples Democratic Party chaired the Committee for twelve years.

For the twelve consecutive years, Ekweremadu superintended the Committee, all attempts to get the Constitution amended ended up in the dustbin amid heavy funding to the tune of over N3 billion.

The fund, though, meant for both Committees in the House of Representatives and the Senate as they exist alongside each other, didn’t yield any results.

Despite Ekweremadu’s wealth of expertise as a lawyer and experience in the red Chamber as a fifth-time member, the Constitution amendment failed.

Some citizens, however, are of the opinion that the incessant failed constitution amendment process is only designed as a conduit pipe for lawmakers and not for any genuine interest for Nigerians.

But asserting his belief that the 9th National Assembly would change the narrative, the House of Representatives Spokesperson, Benjamin Kalu said the ongoing constitution amendment will be passed into law and assented to by President Muhammadu Buhari.

He argued that the parliamentarians in the 9th Assembly achieved legislative duties in terms of bills passed, motions sponsored and resolutions passed more than any previous sessions in barely two years.

The lawmaker who was featured on a live radio programme alongside  correspondent in Abuja penultimate week gave credit to the 9th National Assembly for having a harmonious working relationship with the Executive arm of government.

He said if the amended constitution is eventually passed, President Buhari will expeditiously assent to it. He further reasoned that if lawmakers could break the jinx and pass the Petroleum Industry Bill (PIB) into law, which is now an Act, he was of ‘utmost fidei’ that the Constitution will be passed.

He said: “Nigerians who still express doubt that the Constitution amendment will not be passed are reminded of the PIB which was passed into law after 21 years.

The Speaker of the House of Representatives, Femi Gbajabiamila on his part, didn’t only assure that the amended constitution would be passed into law in record time but said the document would make sure that institutions of the state are accountable for their action to put an end to the debilitating conflicts across the country.

Gbajabiamila who was giving a keynote address at 112th Founder’s Lecture of the King’s College Old Boys Association, Lagos, on Saturday last week submitted that Nigeria’s amalgamation in 1914 was a phenomenon that should mobilise Nigerians into a strong and united territory, but regretted that the reverse has been the case. He said the ongoing Constitution amendment provided ample opportunity for a working document to be produced to enable citizens take ownership of their own country.

He maintained: “In the House of Representatives, we are currently in the process of substantive review of our nation’s Constitution. Our objective is to deliver a Constitution that more effectively organizes our politics to make it more inclusive, enshrine efficient mechanisms for holding institutions of State to account and put an end to debilitating conflicts that continue to tear our nation apart.

Speaking further, he said: “We will not produce a perfect Constitution. No such thing has ever existed in the world. However, together we can, by the choices we make and our actions, use our Constitution as the foundational document of our nationhood to give life to the best promise of Nigeria.”

In his view, Senator Francis Fadahunsi representing Osun East Senatorial District on Thursday likened Nigeria’s Constitution to a ‘rag’, which requires patches all the time. He regretted that Nigeria has never been serious in its search for a Constitution that tended to take care of Nigerians, saying, there was the late Justice Niki Tobi Committee report which comprehensively addressed the yearnings of Nigerians, but was jettisoned due to unexplained reasons.

The lawmaker said Nigeria’s parliament has a history of constitution amendments, yet nothing workable has ever come out, saying: “If they had allowed Justice Niki Tobi Committee report to be implemented and allowed the legislature to work on it, maybe it would have solved problems. Today, the Constitution is unworkable.

“Aside from the 9th Senate that is battling with the Constitution amendment, all other sessions, from first to the 8th have been running up and down trying to amend the Constitution, yet it didn’t work.

“Constitution is like a rag, and if we are lucky in the 9th Assembly we will be to amend some parts of the Constitution, if not we have to sit down in future to talk about Constitution amendment.”

“We have a lot of experienced lawmakers and we should allow a Constitution to come from the 9th Assembly because we are the representative of the people.”

Meanwhile, a legal practitioner who didn’t want his name in print expressed pessimism about constitutional amendment under the current leadership of the National Assembly.

He said the amendment of the constitution was more than a serious exercise that should not be left in hands of unserious lawmakers.

The lawyer, while disclosing that he participated in the Constitutional Review national public hearing which was held on June 3 and 4 at the International Conference Centre, Abuja pointed out that “States creation” interests have made the exercise difficult, controversial and a recipe for crisis.

However, the Constitution Review Committee as it were, may have a time challenge to carry out the exercise given that it has less than a two-year life span. It is even more difficult that out of the period left, 2023 political activities may go full-blown from mid-2022 and time will tell, if Senators and Representatives of the 9th National Assembly will amend the 1999 Constitution before May 29.