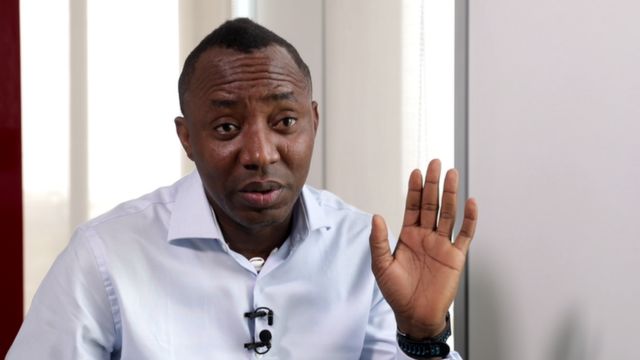 Rights Activist, Omoyele Sowore has lashed out at the Senate of the Adekunle Ajasin University, Akungba-Akoko, AAUA, in Ondo State, over moves to rusticate students caught indecently dressed.

The activist said universities across the world are places of research and learning and not where moral codes are enforced.

Authorities of AAUA had in a secular some days ago warned that it would no longer turn a blind eye to undergraduates of the institution engaged in indecent dressing.

The state-owned institution in the circular had vowed that indecently dressed students would be rusticated for one semester.

But Sowore who fumed at the development emphasised that the content of a person’s character cannot be defined by the nature of their dress.

While calling for the disbandment of the Senate of the Institution which he described as jobless, Sowore said Nigeria is a circular state where such rules cannot be forced on people.

“Nigerian university senate members have only produced rigged elections results in the last 20 years or more. They haven’t had many academic breakthroughs, check the rankings of the best 1000 universities in the world tell me if any one of them has dress codes, except in strictly religious nation-states.

“Nigeria is a secular state. I spent two years studying at Columbia University in New York City, in front of the main admin building you would find female students on the stairwell sunbathing (tanning) during the summer months, topless. You have no business asking them why they’re doing so. It is their right.

“I’ve heard of nude colonies in some universities in California, yet they produce the cell phones you use and most of the hardware and software that drives your life. They are the same adults in Silicon Valley.”