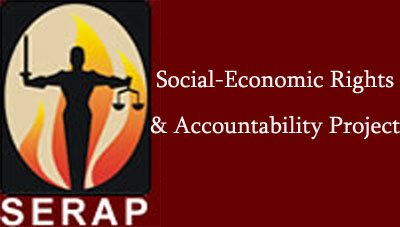 SERAP referred to the report of the Forensic Audit Report on NDDC which covered ten years – 2000 and 2019.

Buhari was asked to direct the Attorney General of the Federation and Minister of Justice, Abubakar Malami, to publish the names of those indicted in the alleged stealing of N6trillion.

In the open letter dated 25 September 2021, Deputy Director, Kolawole Oluwadare, the organisation stated that the matter was of public interest.

It said taking decisive steps would advance the victims’ right to restitution, compensation, guarantee non-repetition, and improve public confidence in the fight against corruption.

SERAP lamented that despite oil wealth, citizens have derived little benefit from trillions of naira budgeted for socio-economic development because of mismanagement and impunity.

The rights group said the NDDC fleecing and the effects on poor Nigerians “meet the requirements of crimes against humanity under the Rome Statute of the International Criminal Court, to which Nigeria is a state party”.

SERAP pointed out that the audit report raises prima facie evidence of grand corruption and its staggering effects in the Niger Delta.

The letter lamented how the NDDC probe revealed grim allegations of misappropriation of N6trillion in one decade, with over 13,000 abandoned projects.

“According to the report, the NDDC operated a total of 362 bank accounts, which resulted in a ‘lack of proper reconciliation of accounts.’”

“The missing N6trillion and over 13,000 abandoned projects in the Niger Delta have continued to have a negative impact on the human rights of Nigerians, undermining their access to basic public goods and services, such as education, healthcare, and regular and uninterrupted electricity supply.

“Nigerians have the right to know the names of those indicted and other details in the report, as guaranteed under the African Charter on Human and Peoples’ Rights and the Freedom of Information Act,” he said.

SERAP gave the Buhari administration 14 days to take action or face a lawsuit to force it to comply with request.