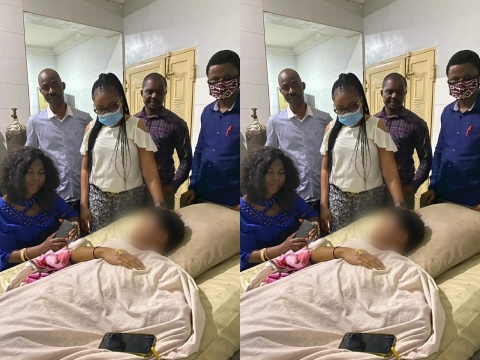 The Abia State Police Command has assured that justice must prevail on the case of the student of Abia State Polytechnic Aba, who was allegedly raped by a police corporal attached to its Rapid Response Squad.

The alleged incident sparked demonstration by the students, who demanded for an investigation.

Geoffrey Ogbonna, the Police Public Relations Officer (PPRO) in a statement, said that the police led by the Commissioner of Police in charge of the command, Janet Agbede, swung into action on getting the information and that after a thorough investigation, the alleged suspect whose name was given as Corporal Nwachukwu Chinedu, was arrested and detained.

The Police spokesman also disclosed that CP Agbede had visited the victim in the hospital and condoled with her, revealing that the suspect was being subjected to thorough investigations, after which the outcome will be made public as nothing will be hidden.

According to Ogbonna, “CP Janet Agbede, being a mother, has visited the girl in question and she and her management team have commenced investigations on the case. The policeman in question is not a member of rapid response squad (RRS) to contrary to some claims.

“Earlier, on hearing about the demonstration,, the Aba Area Commander and some of his men including some other security agencies moved in and addressed the students as they (the students) listed their grievances.

“He asked them to be peaceful. He even visited the Rector of the Polytechnic, Associate Professor Kalu Osonwa Okorie.

“The public should be rest assured that we’ll fast track the investigations and ensure that justice is done”.

Meanwhile, Governor Okezie Ikpeazu has reacted to the shooting by some police officers on Thursday at the Abia State Polytechnic Aba during a protest by students of the institution.

In a statement issued by his Chief Press Secretary, Onyebuchi Ememanka, Governor Ikpeazu advised the students to be disciplined and avoid taking the law into their hands even while protesting.

He said they must at all times, exercise restraint when confronted by police officers who are on lawful duty.

According to Ikpeazu, “Under no circumstances must students confront police officers who are engaged in their lawful duties.

“The police has a responsibility under the law to ensure that peaceful protests by students are not hijacked by hoodlums whose intentions are different from the those of the students”.