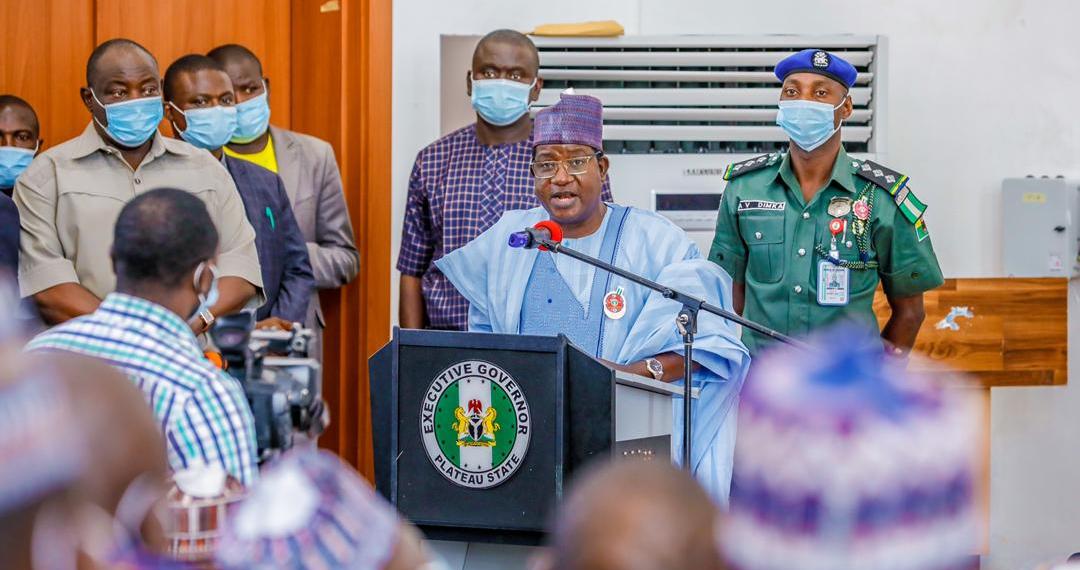 Governor of Plateau state, Simon Lalong has begged Nigerians not to allow religious and ethnic divisions threaten the unity of the country.

The appeal was made on Sunday by the governor while speaking at an inter-denominational service to mark Nigeria’s 61st independence anniversary.

Nigeria will clock its 61st year of independence on October 1.

The governor said despite its challenges, the country will emerge strong and prosperous.

“While some may use the current travails that the nation is witnessing to cast a shadow of hopelessness and despondency, we should never allow the trials of today overshadow the many successes that our nation has witnessed in the past and the many good things that have continued to happen up till date,” he said.

“Many prophets of doom had prophesied that we shall not live to witness this year and some people representing both internal and external interests have also worked fruitlessly to fulfill this prophesy.”

The governor asked Nigerians not to be “blinded” by ethnic considerations, and urged citizens to embrace diversity.

“For far too long, we have focused on our differences and weaknesses, and trivialised or even ignored our strengths and prospects,” he said.

“We seem to dissipate so much energy on defining people based on their religion, tribe, ethnicity and even political orientation, completely neglecting their capacities, gifts, talents and willingness to serve humanity.

“We have been blinded by such myopic considerations that we fail to see that God has a plan for creating us with diversity and yet making us dependent on one another.

“There is no great nation that has refused to embrace diversity, tolerance, excellence, good work ethics, and a national philosophy that is based on honesty, reward for hardwork and punishment for deviance.”