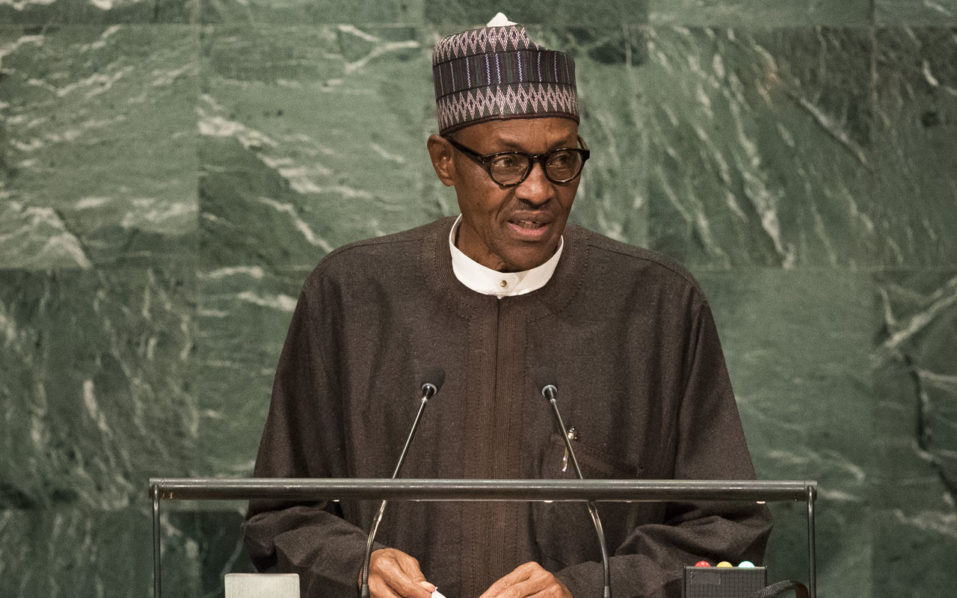 On Coronavirus, President Buhari, during the speech, told UN that his administration built hospitals across Nigeria to fight the spread of the pandemic which ravaged the entire world in 2020.

“We built isolation centres and emergency hospital wards in record time all over the country. We carry out genomic sequencing in designated laboratories across the country with a view to detecting variants in circulation”, the president had said.

On the security menace bedeviling the entire nation, the Nigerian leader during the meeting, claimed that his government was addressing the challenges of terrorism and banditry currently bedeviling the Northern parts of the country.

“Nigeria has spared no effort in addressing the challenges of terrorism posed by the activities of Boko Haram in North-East Nigeria and the Lake Chad region, as well as banditry in the North-West and North-Central Nigeria. The Nigerian Security Forces have recorded considerable success in the fight against terrorism. As a result of the renewed vigour of our military, many terrorist fighters are voluntarily surrendering to our security forces,”he said.

The backlash in Nigeria over his numerous loan requests in the past few years, President Buhari, during the speech, appealed to ”rich nations” and international financial institutions for outright debt cancellation for countries facing financial crisis birthed by COVID-19 pandemic.

However, the speech has triggered backlash from concerned Nigerians as some accused the president of diverting from the security and economic reality of the country.

According to him, “In as much as we wouldn’t like to join words with Mr. President pertaining to his opinion about some improvements in security across board, we want to humbly disagree with our President on the ground that insecurity isn’t so much about physical violence but the greatest kind of insecurity is economic insecurity which gives rise to other branches of security challenges such as security of lives and property”.

He further stated that Buhari should rather tell Nigerians how many suspected “murderers and terrorists that have been arrested successfully and how many Fulani herdsmen have been jailed”.

Similarly, the Nigerian representative at the African Youth Union Commission, AYUC, Aina Segun Aina,said in Abuja that the president was expected to solicit for help from the world leaders due to his failure to tackle the current security challenges.

“We need all the support we can get at this time and that’s what we expect our Government to be soliciting for at this particular point in time especially during Mr President’s presentation to world leaders at the just-concluded UN General Assembly.

“The world today cannot afford a humanitarian crisis of 200 million people and therefore must be drafted into the situation in Nigeria in terms of security sophistication, technology and intelligence gathering including economic and social development generally”, he said.

President Buhari’s speech came when some activists, particularly the Yoruba Nation’s agitator and other activists led by the former presidential aide, Reno Omokri stormed the Abuja House in New York to protest bad governance in Nigeria.

Pro- and anti-Buhari protests were constant features throughout the duration of President Buhari’s participation at the programme. They allegedly clashed on Friday while the president was giving his speech.

It was alleged that the pro-government protesters who congregated under the name of “One Nigeria” were Black Americans who were allegedly hired to counter the other protesters.

Reacting to the protest, a lecturer at the Benue State University, Makurdi who pleaded not to be mentioned, said  on phone that President Buhari “only knows how to bring shame to Nigeria.

“Imagine the show of shame in New York on Friday when the whole world was watching and leaders of nations of the earth were present. When I watched the video online, I was ashamed of myself, Nigeria has been registered as a country with bad governance where citizens can’t keep quiet anymore.

“I just hope that the president and his cabals would learn from that drama and do the needful,” he said.