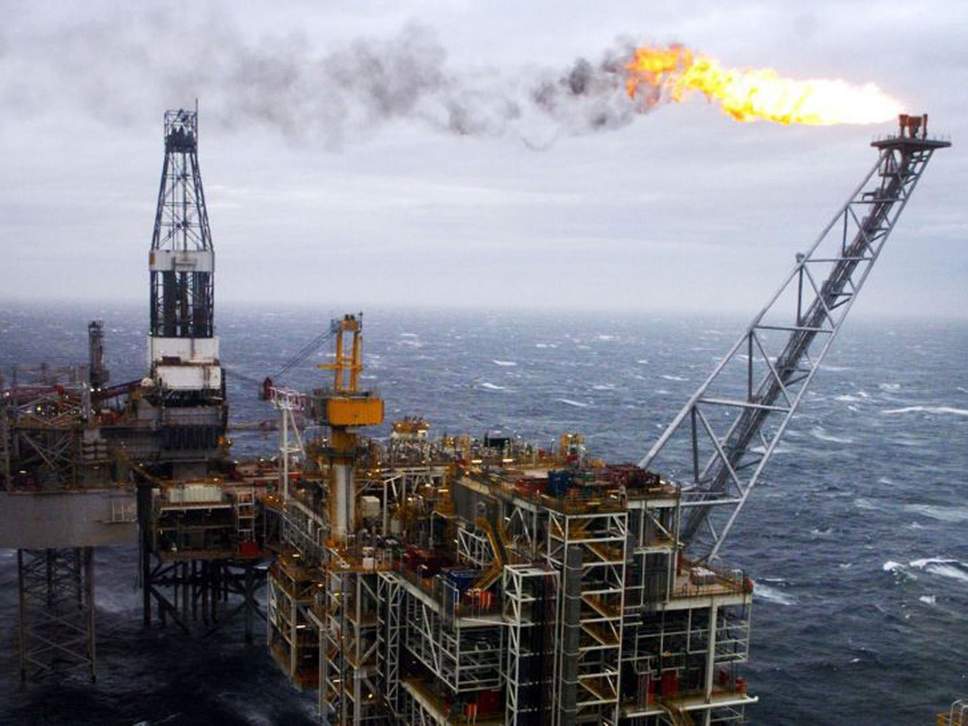 Finance, energy and tax experts, yesterday, raised concerns over the inability of the Federal Government to harness existing opportunities in the country before resorting to borrowing as oil companies operating in Nigeria are currently owing the country over $6.48 billion.

Apart from the oil and gas industry, many of the stakeholders insisted that borrowing may have appeared as the easier option for the Muhammadu Buhari-led administration instead of the difficult work of exhausting all other options.

In fact, the stakeholders are worried about widening budget deficits, warning that the nation may have normalised the template for loans acquisition, which easily receive approvals of the National Assembly.

In a release, yesterday, in Abuja, the Nigeria Extractive Industries Transparency Initiative (NEITI) audit report for 2019, shows that oil and gas companies in Nigeria owe government $6.48 billion, about N2.659 trillion based on the official exchange rate of N410.35 to a dollar.

A breakdown of the figures shows that a total of $143.99 million is owed as petroleum profit taxes, $1.089 billion as company income taxes and $201.69 million as education tax.

Earlier this month, President Muhammadu Buhari had approached the National Assembly to approve borrowing of another $4 billion ($4,054,476,863) and €710 million loan from bilateral and multilateral organisations to fund the deficit in the 2021 budget.

If recovered, the $6.48 billion would have provided the country a leeway without necessarily borrowing.

In May, President Buhari approached the lawmakers to borrow $6.1 billion from bilateral and multilateral organisations to fund the deficit in the 2021 budget, whereas the 2019 debt of the oil companies alone is higher than the borrowing.

Senate President, Ahmad Lawan, had announced National Assembly would continue to approve foreign loan requests by the Presidency despite the debt burden because the country had no option than to borrow for critical infrastructure.

Already, the Federal Government has planned to spend about N13.98 trillion in the implementation of its 2022 budget. With expected revenue of N8.76 trillion, Nigeria would sink deeper into debt with an addition of N5. 22 trillion to its existing debt profile.

The accumulation of the N5.22 trillion deficit, if added to ongoing borrowing in 2021 may have successfully pushed the country’s debt profile to N40 trillion ahead of the 2023 general election.

The oil sector debt, coming at a time that government is borrowing, could have covered the entire capital budget of the Federal Government in 2020.

“This is why it is important that the process of recovering this humongous sum be set on course to support government in this period of dwindling revenue.

“We, therefore, appeal to these companies to ensure that they remit the various outstanding sums against them before the conclusion of the 2020 NEITI audit cycle to the relevant government agencies responsible for collection and remittances of such revenue.

“NEITI will no longer watch while these debts continue to remain in its reports unaddressed. We will provide all necessary information and data to sister agencies, including anti-corruption agencies, whose responsibilities are to recover these debts into government coffers,” Orji said.

Energy expert and founder of Nextier Advisory, Patrick Okigbo, insisted that borrowing might have been adopted as easier option than recovering existing debt. According to him, NEITI remediation offers a potential source of revenue for the government.

He said: “Borrowing appears to be easier than the difficult work of exhausting all other options”, adding, however, that the unremitted fund “is neither an easy nor a sure source of funds.”

He noted that the amounts contained in the NEITI audit needed to be resolved with validated agencies and agreed with the companies, which may take a process.

Chief Executive Officer, Gabe Fasoto & Co, who is the former chairman of Council and President at Chartered Institute of Taxation of Nigeria (CITN), Gabriel Fasoto, raised concern over the normalisation of deficit budgeting in the country.

“This is, however, avoidable if only governments at all levels can optimise their revenue generation potentials on one hand, and reduce the cost of governance (including appropriate pricing of capital projects’ cost) on the other,” Fasoto said. He insisted that recovery of outstanding tax alone would turn around the country’s budget deficit woes.

To him, bringing taxable high net-worth organisations into Nigerian tax net can on its own achieve the same result, adding that proceed from the mineral resources that are currently being illegally mined is another untapped source.

Without corruption and if appropriate mechanisms were deployed, Fasoto told The Guardian that “should 20 per cent of Nigeria’s about 200 million people pay tax correctly, we will get more than N12 trillion yearly from tax revenue,” which would have offset the deficits in the budgets.

Energy lawyer, Emeka Okwuosa, who is the managing partner, The Chancery Associates, said it remained disheartening for government to allow oil companies owe “such humongous amount,” while the country is begging abroad for loans and debt forgiveness.

He lamented that in the area of gas flaring, oil companies have failed to take government officials serious in paying fines. According to him, there was need for proactive enforcement as well as concrete and positive steps against oil companies, adding that the country must not continue to treat it as business as usual.

Okwuosa said: “As a matter of integrity and transparency, oil companies should evolve best sustainable business practices and pay off their taxes promptly.”

According to him, Nigerians must hold themselves accountable, adding that there was need for the leadership of the nation to always analyse the total values of all borrowings.

Harry said: “We should not mortgage this country to the wild birds of global devouring big predator nations. I think government should think very deeply before any further borrowings.”

For the Chairman of NEITI board, Olusegun Adekunle, prudent management of extractive resources would go a long way in turning the tide and bringing the country out of the present predicament.

He noted that there was need to effectively monitor NEITI guidelines and to ensure that the standards are mainstreamed in the covered entities’ daily operations.

He reiterated the commitment of President Buhari-led administration to NEITI implementation in Nigeria, noting that the administration is passionate about NEITI process “because it serves two key agenda of the government on strategic economic development through extractive sector, and in achieving transparency and accountability in the management of our natural resources under the anti-corruption agenda.”

He noted that although DMO was giving an impression that the nation’s debt profile was still sustainable, where as Buhari’s plea at the United Nations General Assembly in New York, for outright debt cancellation from richer nations and international financial institutions, shows the vulnerability of the country.

“This begs the question as to why another external loan request was sent by the President to the Senate on September 14,” he said.

Musa stated that taxation as a fiscal policy tool remains the most sustainable and reliable source of public revenue, stressing that Nigeria must not be an exception.

“It is unfortunate that the Nigerian government has failed to explore its numerous internal revenue options, particularly within the taxation context. Beyond the afore-mentioned outstanding debts owed to the government, the need to expand the tax base and strengthen tax compliance cannot be over-emphasised.

“In 2019, Nigeria collected about N5.26 trillion in tax according to the FIRS and if this figure is measured against the 3.1 million businesses registered with the Corporate Affairs Commission (CAC) in Nigeria as at March 2019, it brings the average tax payments per business to an abysmal N1,710.

“Of its 69.5 million taxable population, only about 19 million persons pay tax. As of December 2017, the number of Nigerians who paid self-assessed taxes of over N10 million was 943 and 941 of them lived in Lagos State, while the other two lived in Ogun State,” he said.

Musa noted that while the prevailing situation reflects the failure in the fiscal social contract between citizens and the government, the nation must move beyond the ‘blame game’ towards exploring areas of collaboration between government and taxpayers in the short to medium term, without losing sight of the need to address the fundamental issues of inclusive economic growth, fiscal discipline and effective resource utilisation, among others.