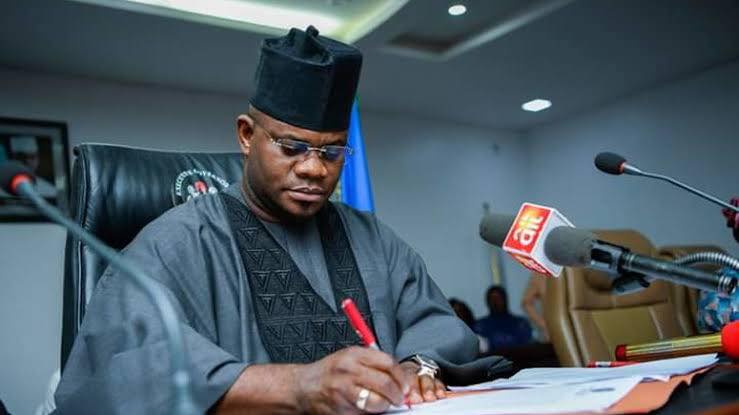 This comes after EFCC accused officials of Kogi State government of diverting the N20 billion bailout secured by the state government to pay workers.

The Economic and Financial Crimes Commission has approached a court seeking the forfeiture of N20billion salary loan allegedly diverted by the Kogi state government.

It was learnt that the money was diverted into an interest-yielding account.

The Economic and Financial Crimes Commission (EFCC) is now seeking a court order to ensure the money is forfeited and returned to the coffers of the Nigerian government.

The Federal High Court sitting in Ikoyi, Lagos presided over by Justice Chukwujekwu Aneke on Tuesday adjourned till 15 October 2021 hearing of all applications in respect of the money.

At the hearing of the matter, counsel for the Kogi State government, Prof. Sam Erogbo, SAN, told Justice Aneke that his client had filed processes against the interim order granted by Justice Ringim, and that the EFCC had equally filed a reply to the same.

He told the court that he needed time to respond to the EFCC’s counter-claim and also asked for a short date to hear his applications.

Counsel for the EFCC, Rotimi Oyedepo, in his response, admitted being served with the processes and added that he had equally filed a counter-claim.

Consequently, Justice Aneke adjourned the matter till October 15, 2021, for hearing of all the applications.

Justice Tijani Garba Ringim had on 31 August 2021 ordered the freezing of the account, following an ex-parte application filed by the EFCC.

The EFCC, in a 13-paragraph affidavit in support of the ex-parte application, said the money was reasonably suspected to be proceeds of unlawful activities in an account No. 0073572696 domiciled in Sterling Bank, Plc with the name Kogi State Salary Bailout Account.

A. O. Mohammed, counsel for the EFCC, had urged the court to grant the Order to prevent further dissipation of the funds in the account, in moving the application for the interim forfeiture of the funds on August 31, 2021.

The N20 billion loan meant to augment the salary payment and running cost of the government was kept in an interest-yielding account with the bank, Mohammed had also told Justice Ringim.

“Instead of using the money for the purpose it was meant for, Sterling Bank Plc, acting on the instruction of the Kogi State Government, transferred the money from the loan account and placed it in a fixed deposit account.”

He also told the court that the bank had yet to present any credible evidence to show that the facility was well secured.

Justice Ringim ordered the freezing of the account number 0073572696, and also directed the publication of the order in a national newspaper by the EFCC, after listening to the applicant’s counsel.

The Commission was also ordered to make a quarterly report to the court on the progress of its investigation.

The Kogi State government has denied the allegations.