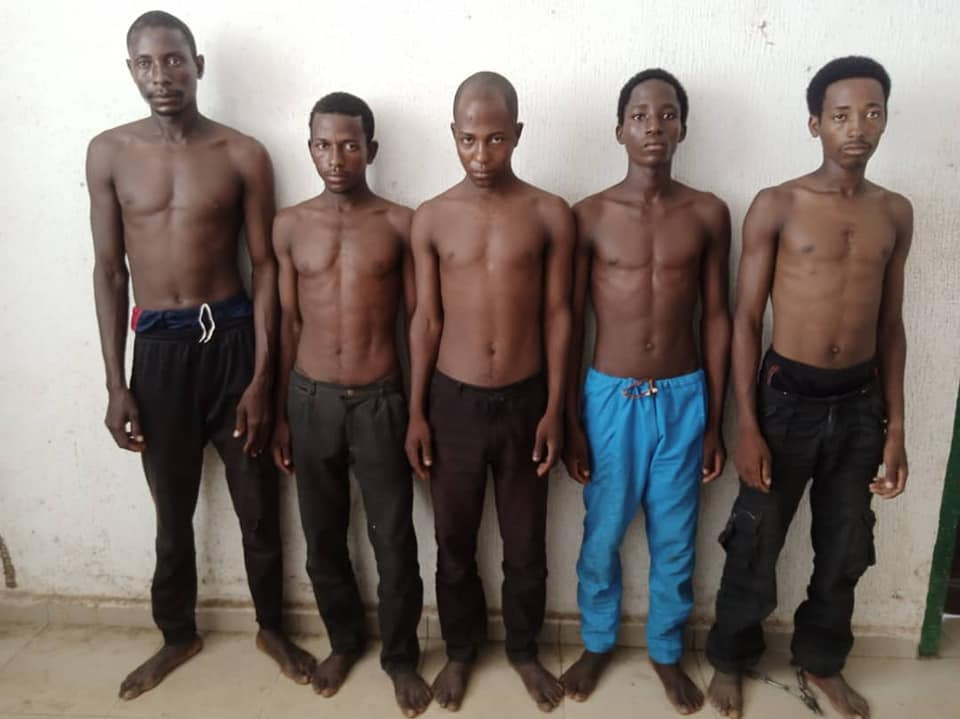 A five-man kidnap gang have met their waterloo in Kogi State after falling into the hand of some local hunters.

The suspects were nabbed by a group of hunters referred to as ‘professional hunters’ in the Okehi Local Government Area of the state.

The kidnappers according to reports, have been terrorizing local communities in the council for a while now. They were, however, apprehended in an early morning operation at Atami, a suburb of Osara community on Tuesday, September 27.

Confirming their arrest in a statement made available to newsmen, the Senior Assistant to Okehi LG chairman, Hon Abdulraheem Ohiare Ozovehe on Media & Publicity, King Habib, said that the gang has been terrorizing Okene-Lokoja road and Okene-Auchi road of Kogi State.

Habib noted that the suspects have been handed to security agencies while an investigation is ongoing to recover their sophisticated weapons.

The suspects are: Tukur Saleh, Ahmadu Sanni, Yusuf Sanni, all from Bauchi; Abubakar Saleh (Baba Wuro) and Isah Saleh, both from Kano State.

“We shall leave no stone unturned in a bid to rid Okehi LGA and our environs of all forms of criminality,” Hon Ohiare said.