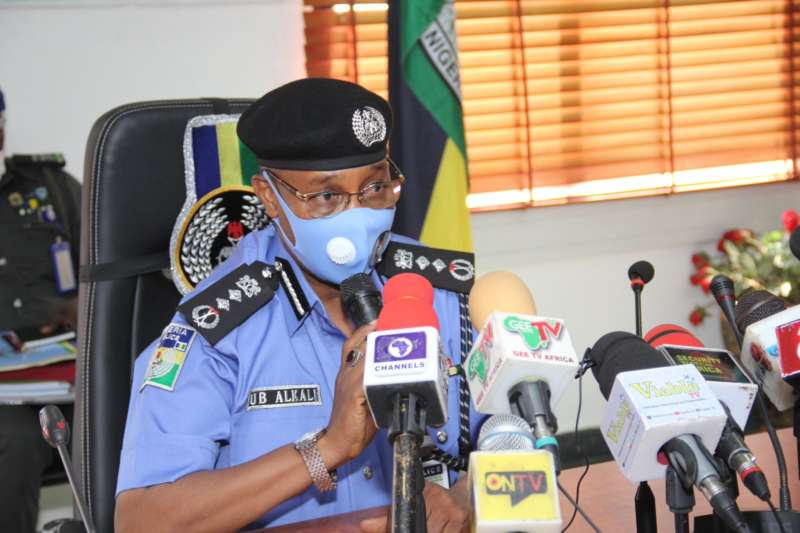 The IGP said the recruitment exercise would not only expand the capacity of the force in combating crime, but also embolden its community policing strategy.

The Nigerian Police has given an important update concerning the recruitment of 20,000 junior police officers.

According to the Inspector-General of Police, Usman Alkali Baba, the recruitment will begin soon.

He spoke on Tuesday evening, when he paid a working visit to Governor Seyi Makinde of Oyo State in Ibadan.

Mr Baba informed the governor that the Nigeria Police remained committed to increasing its strength in terms of the recruitment of junior police officers.

He said the force was able to overcome all the issues that had been delaying the recruitment process, adding that President Muhammadu Buhari has given approval for the recruitment.

The IGP said the recruitment exercise would not only expand the capacity of the force in combating crime, but also embolden its community policing strategy.

Mr Baba said that his working visit was to interact with the police personnel to boost their morale after the EndSARS protest.

He said the visit was to also engage some other stakeholders on the issue of community policing, which, according to him, is an adopted strategy policing in Nigeria.

“We have not just started now; it has started as far back as 2004, but it has not been effectively used by both government and members of the public.

He implored the governor to continue supporting and assisting the police.

Responding, Mr Makinde informed the IGP that the Police Command in Oyo State had been trying its best, cooperating with the people of the state and all other security agencies.

The governor said the police were hostile when Amotekun was established, “because they felt that Amotekun came on board to take up their jobs and responsibilities.

“But over these few months, with the leadership of the police in the state, we have serious cooperation and the inter-agency rivalry has been reduced to the barest minimum in the state.

“We also know that this is a challenging period for the country, the resources are dwindling, but we have challenges all over, especially the insurgency in the North-East, banditry in the North-West, kidnapping in the South and ethnic tension everywhere.

“So, we have to keep supporting the efforts of the Nigeria Police Force,” he said.

The governor used the opportunity of the visit to request the establishment of another Mobile Force Squadron in Oyo Town, promising that his government would provide the basic infrastructure for its take-off.

He said the 72 Squadron in Ago-Are, which was approved by the former IGP, was assisting in addressing security challenges in Oke-Ogun axis of the state.