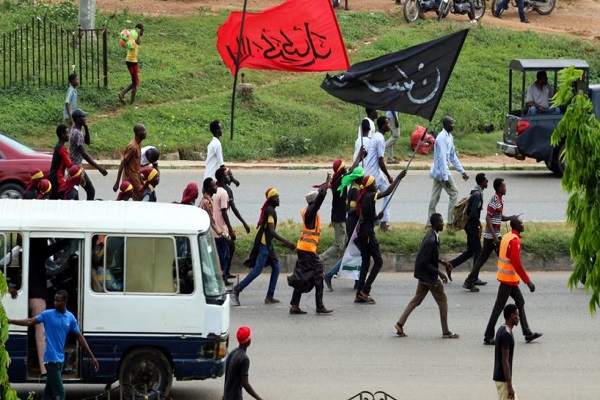 The Islamic Movement in Nigeria has accused security operatives of attacking and murdering eight of their members on Tuesday, September 28.

Shiite members had been attacked by a joint team of security operatives including the police and army during a yearly procession at Gwarinpa, Abuja.

In a press conference on Tuesday evening, the secretary to the academic forum of the movement, Abdullahi Musa condemned the actions of the police and army operatives.

He alleged that the security operatives opened fire on them during the procession and consequently killed eight of their members.

Musa said, “Today, in Abuja, it was another heartlessness on display by the combination of Army, Police, and Civil Defence operatives.

“Sheikh (Ibraheem) El-Zakzaky’s followers started an Arba’een procession from the gate of Gwarinpa model city to the main bus stop, where it was terminated.

“Arbaeen is a global event and we started yesterday (Monday) and it ended peacefully. Today is the last day and we came out to conclude the trekking.

“We terminated it at the second gate and everything was over. Unfortunately, a combined team of police and soldiers arrived around 10:00 am. The police were in the front and soldiers were behind and the police started shooting tear gas while the soldiers were shooting live ammunition. They even used Rocket Propelled Grenades (RPGs) on us and people started running and they killed eight people.

“They even went away with two bodies who were shot in front of GTBank.

“Those who attended had even begun to disperse, then arrived the team of the joint security agents with all sorts of savagery.

“The brutality they meted out was of different level. First, they doused people with tear gas, started shooting live ammunition, gunning down many. Eight were confirmed dead, tens of scores injured and numerous arrested.”