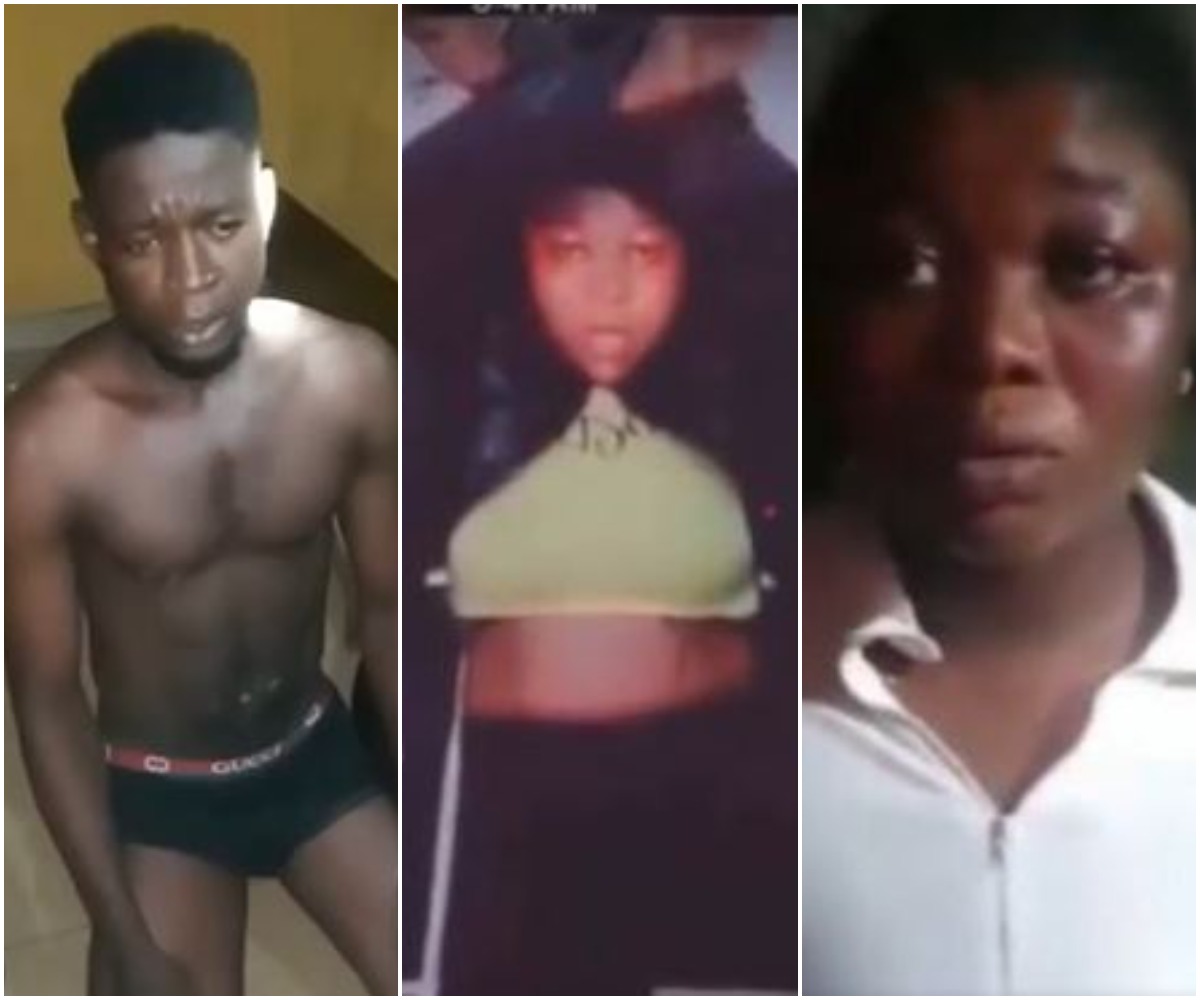 Security operatives of the Delta Police Command have arrested one of the cult boys who brutalized and stripped a lady naked for using their slang in the video-sharing and making app, Tik Tok.

A yet-to-be-identified lady was stripped naked, held down, and beaten while she pleaded for mercy after making a Tik Tok video of herself using cultist slang.

The video sparked outrage on social media after it became viral, with a lot of Nigerians condemning the cult group for outrightly dehumanizing the young lady over mere slang.

In a new video shared by human activist, Harrison Gwamnishu one of the boys was pictured confessing to the crime.

Sharing the video, he wrote; “Yesterday, I flew into Edo State and for the rest of the week, we will be Mobilizing the Security Agencies to fish out the remaining suspects involved in dehumanizing the TikTok user.

Kudos to the Nigeria Police, Department of State Security and Edo State Behind Bars Team for their Swift response.

To those who warned me to stay clear from this case, dare STOP me on the way and that marks the end of your existence.

We all must STOP legalizing illegality and stop justifying abnormalities in this unjust system.”