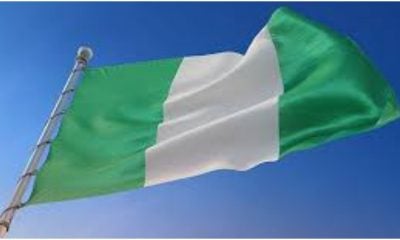 Nigeria, the ‘Giant of Africa’ and most populous, marks its independence every October 1. Understandably, the people are not happy about insecurity, economy, poverty level and general state of affairs.

Majority of its citizens believe that at 61, it is extremely important for the nation’s tiers of government to work in the direction of infrastructure and economic development to stimulate growth and quality of life.

In a country of 200 million people, the federal government, states and local councils face the herculean task of ensuring that citizens enjoy democracy.

Experts believe that with the change in Nigeria’s population age structure, the authorities must pay more attention to dividends of democracy.

It’s believed that no country can progress if it fails to adequately cater for the youths. According to the National Bureau of Statistics (NBS), the unemployment rate stands at 33.3 per cent.

It has been suggested that government can tackle this by providing grants for young entrepreneurs to enhance the capacity and expansion drive.

This, in addition to skill acquisition programmes as well as recruitment of competent citizens into federal and state ministries, departments and agencies, will reduce joblessness.

Nigeria has about 200 functioning tertiary institutions, and it’s advocated that there must be a clear-cut plan for the hundreds of thousands of graduates they churn out annually.

However, GEEP, a micro-lending intervention for traders, artisans, youths, farmers and women, is the only initiative that can help beneficiaries engage more hands.

But it’s believed that even GEEP funding must be increased as it provides loans between N10,000 and N100,000 monthly, stating that this ratio can be doubled so that those who benefit can afford to pay staff they enlist.

Overall, quality infrastructure and security are indispensable. Experts say if the protection of lives and property is not guaranteed, prospective investors will go elsewhere.

They believe that investors will always consider countries where they don’t have to worry about their safety, access roads, gridlock, volatility, host community harassment, violent clashes, power outages, high-capacity generators and diesel.

In his anniversary message, renowned legal practitioner, Mike Ozekhome expressed sadness about the happenings in Nigeria.

The Senior Advocate of Nigeria (SAN) advised all and sundry to observe the Independence Day in a solemn, mournful mood.

“Nigeria is now the poverty capital of the world, having beaten India to it. She is the 149 out of 183 most corrupt countries in the world, according to Transparency International, on its Corruption Perception Index.

“The civil society is greatly compromised, with otherwise leading lights falling for cheap crumbs that fall from their masters’ tables. The opposition is in disarray, unable to put their acts together to challenge a failed governor.

“The Naira is badly battered, exchanging for about 600 naira to the dollar. Inflation is on all- high. Prices of foods and consumables have increased geometrically, out of the reach of the common man and woman.

“Even on the side of democracy, our cherished civil liberties have become greatly circumscribed and rubbished. Freedom of speech has become an essential commodity.

“Rule of law is in retreat, giving a free reign to rule of the thumb. Court orders are disobeyed with reckless abandon. The situation is so sad and pathetic”, the lawyer complained.

However, the federal government said the challenges facing Nigeria was part of development process.

Boss Mustapha, Secretary to the Government of the Federation noted that some countries never faced major crises but were fragmented.

“For Nigeria to attain the age of 61, I think it is a commendable. In spite of the challenges the country has gone through, we have exhibited the Nigerian resilience.”

The SGF assured the Buhari administration was doing its best to secure the people and create a better future. He gave the government a pass on infrastructure.

During his Independence Day speech, the President boasted that the current leadership had performed better than previous ones in six years.