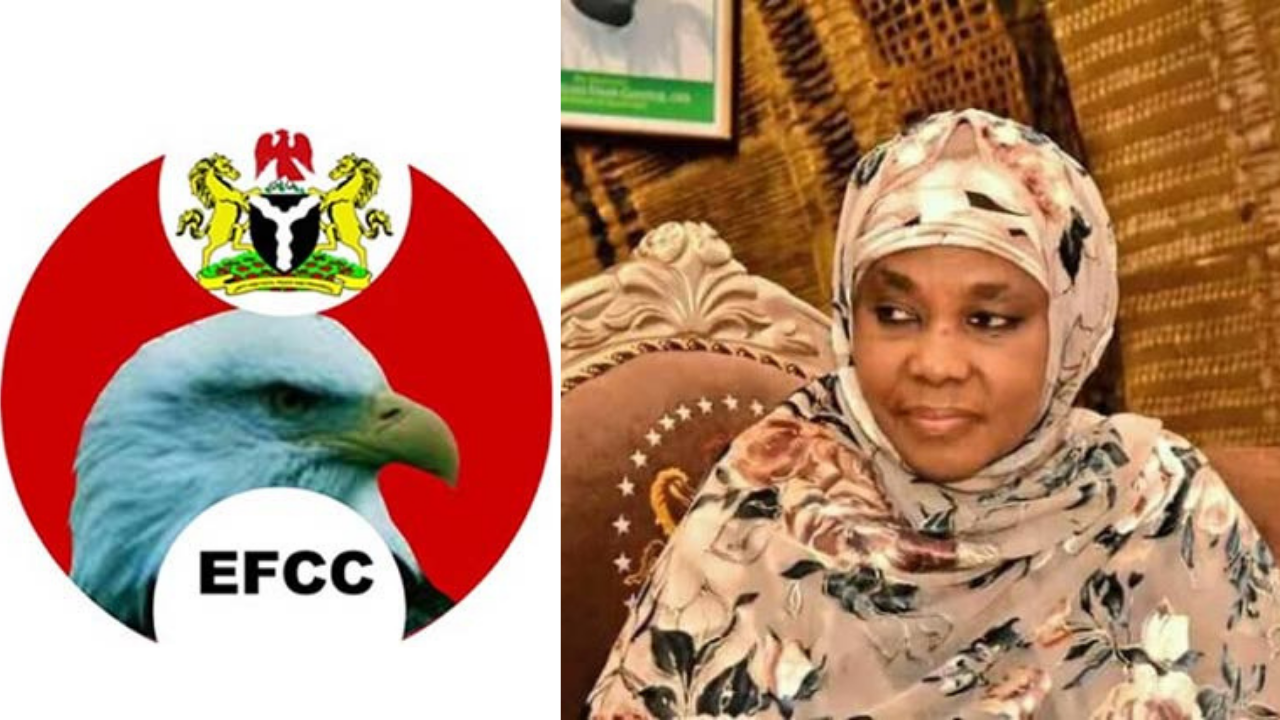 Nigeria’s anti-graft agency, the Economic and Financial Crimes Commission (EFCC), has arrested and detained the wife of the Governor of Kano State, Hafsat Ganduje.

Mrs Ganduje was apprehended in Kano on Monday evening by the crack detective team of the anti-graft agency.

She was then moved to the commission’s headquarters in Abuja for further interrogation in relation to the allegation levelled against her on Tuesday.

The Kano First lady was arrested based on a petition by one of her sons, Abdulazeez Ganduje, who had accused her of corruption and diversion of funds.

In his petition, Abdulazeez had said he was approached by a property developer to facilitate the acquisition of some plots of land in Kano with some hundreds of thousands of US dollars as commission.

According to his petition, Abdulazeez claimed he paid the money in dollars to his mother but refused to give him the lands he had paid for,

He said three months later, the property developer discovered that the plots of land he paid for had been allocated to other buyers and he requested a refund.

Abdulazeez said the mother refused to refund the money, straining the relationship between him and the developer.

The anti-graft agency had summoned Mrs Ganduje but allegedly refused to honour the invitation and travelled to the United Kingdom for her son’s graduation.

The wife of Governor Abdullahi Ganduje was picked up following her rejection to honour the invitation extended to her.