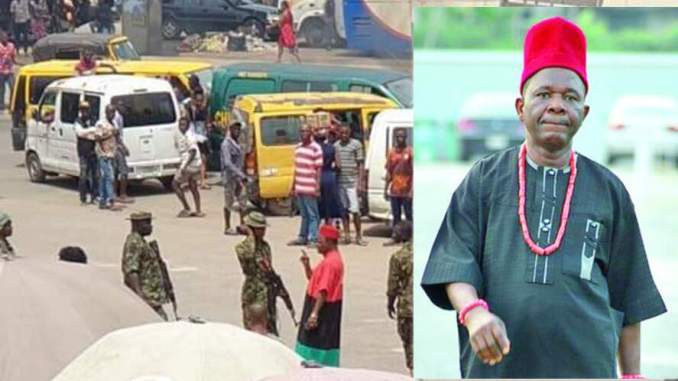 Nollywood movie star, Chiwetalu Agu has reportedly been brutalized and arrested by Nigerian soldiers for wearing a dress made in Biafran colours.

In a viral video shared online, Chiwetalu Agu was accosted by the Nigerian soldiers and ordered out of his Film Industry van before he was later harassed, dragged on the road and carried away by the soldiers.

The soldiers fired some gunshots to scare away the people that were gathering around the scene and took Chief Chiwetalu Agu away to a yet to be confirmed location.

As of the time of this report, the whereabouts of Chief Chiwetalu Agu was still unknown.