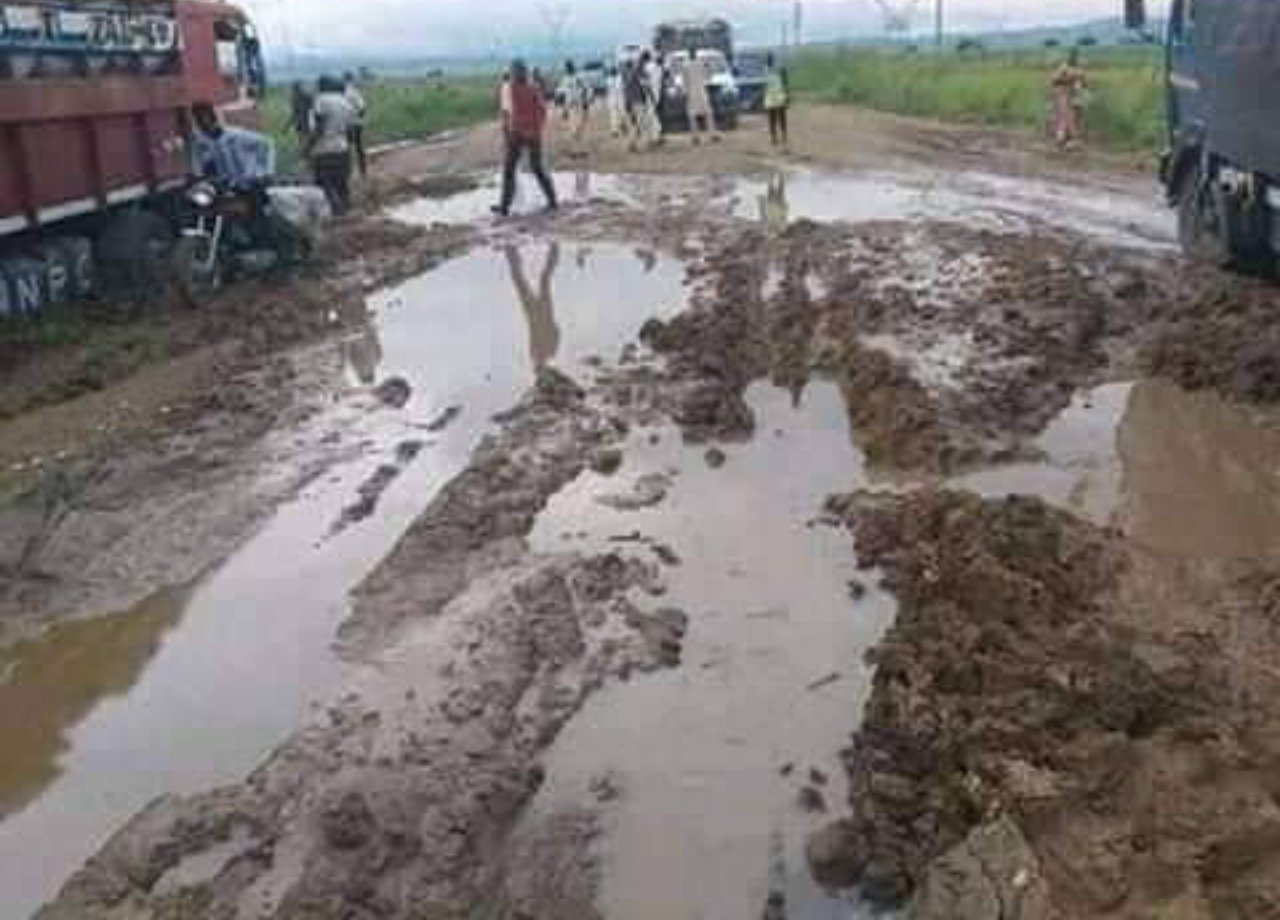 Driving through Numan-Jalingo road in the northeast region of Nigeria, is no doubt agonizing .

The road which has not been graded for long let alone tarred, as observed by DAILY POST is not only telling on motorists but also on the economy of both Adamawa and Taraba States.

Drivers must possess special skills to drive through the road, but it’s more horrifying at night.

Most of the motorists who spoke , armed bandits have begun to take advantage of the bad state of the road to disposes travellers of their goods.

Many business moguls now prefer to do their businesses in the neighbouring states of Bauchi and Gombe.

According to Alhaji Useni , a business tycoon who in the past used to carry out his business activities in Taraba and Adamawa, the situation of the road has made “it impossible for me to relate with my customers in these two states.”

He said, “since two of my trucks fell on this Numan-Jalingo road, the choice of Adamawa and Taraba fizzled out of my mind.”

Useni who went ahead to narrate how he lost millions of Naira as a result of his trucks that fell on the road , said “for now, I have decided to be transporting my goods to only Bauchi and Gombe “.

As to when he will resume supplies to Adamawa and Taraba, Useni said “that would be determined by the nature of the road,” adding that, “pending when the road will be properly fixed by the authorities concerned. ”

Some commercial drivers who also expressed disappointment over the state of the road, said they are at the verge of ending their activities on the road.

Kabiru Audu, who said plans are already in the pipelines for him to cease from plying the road, said ” I think Gombe to Jos will be more preferable for me.”

Not comfortable with the nature of the roads and other roads within the region, stakeholders of the National Association of Nigerian Students (NANS), Northeast chapter, recently called on President Muhammadu Buhari to rejig the activities of the North East Development Commission (NEDC) by reviewing its leadership and board members.