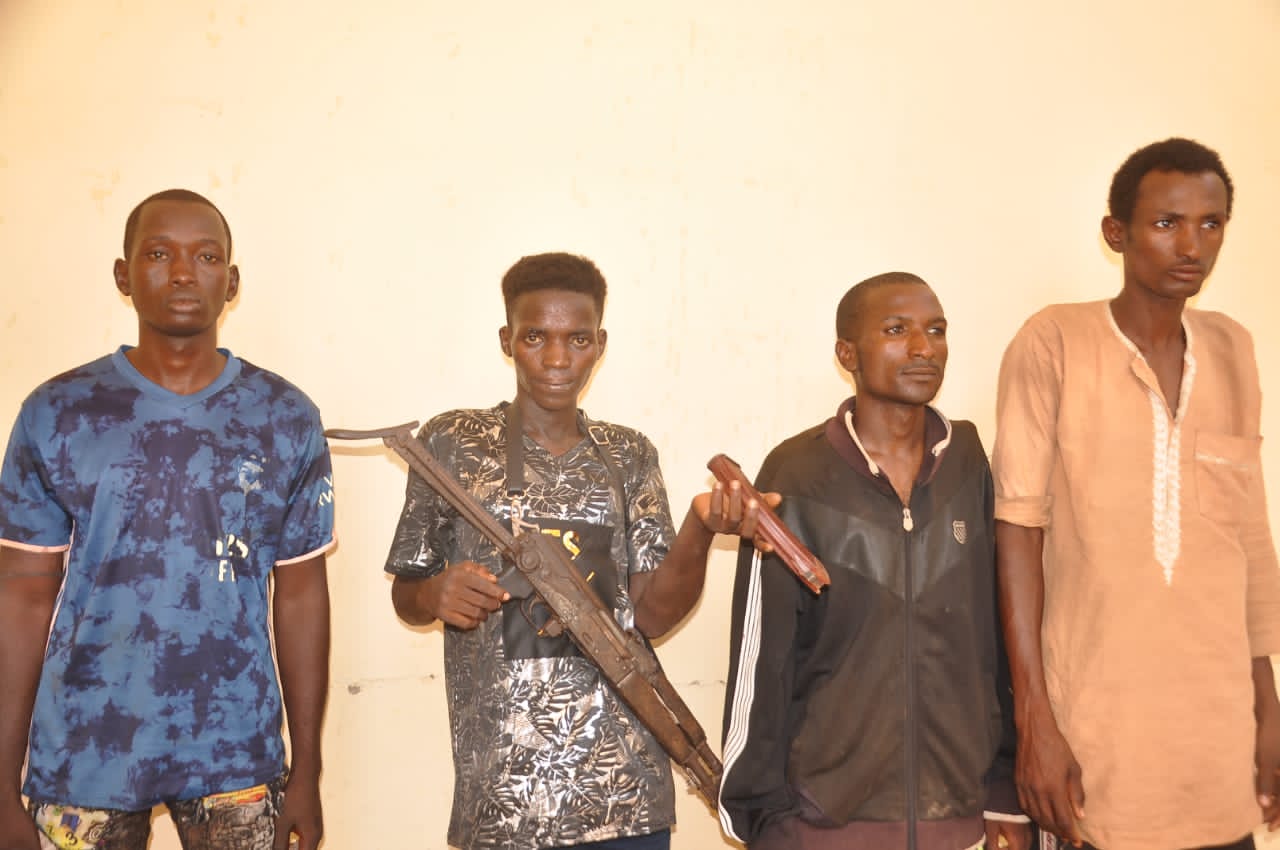 Operatives of the anti-kidnaping unit of the Adamawa State Police Command have arrested four ‘high-profile’ persons suspected to have attacked a police station in the state and abducted a woman and her daughter.

The four are said to have confessed to have abducted the woman, Hawwa Umaru, and her daughter who are residents of Ngurore, a community around the Yola South stretch of the Yola-Numan highway where the suspects also attacked the police station.

The Divisional Police headquarters in Ngurore was attacked last weekend and Hawwa Umaru who is a widow and her daughter abducted in what was believed to be one continuous operation launched by the same set of attackers.

The arrest of the suspects on Thursday followed the order of the Commissioner of Police, CP Mohammed Barde,” according to a statement released by Police Public Relations Officer (PPRO), Suleiman Nguroje.

“The breakthrough that led to the arrest of the suspects began with the arrest of one Buba Ibrahim a.k.a Babangida, Male, 20 years, and a native of Wuro Bilal village, Ngurore District,” the statement said.

It said Babanguda “is one of the principal suspects in the kidnap operation,” and that the confession of the suspect revealed how they abducted Hawwa Umaru, her daughter, one Alhaji Bahago of Ibbare and their attack on Ngurore police station on the 8th and 9th October, 2021.

“The police were assisted by some professional hunters who apprehended three other members of the gang,” the Police explained.

The Police gave the names of the three other arrested suspects as Tumba Alhaji Dan Bappa, 25 years and a native of Ibbare district, Yola South LGA, Buba Alhaji Abdu, a resident of Ibbare, Ngurore District and Abdullahi Lawal, a resident of Lau local government area of Taraba State.

The police explained that the four now in police net are among a 7-man syndicate troubling the state.