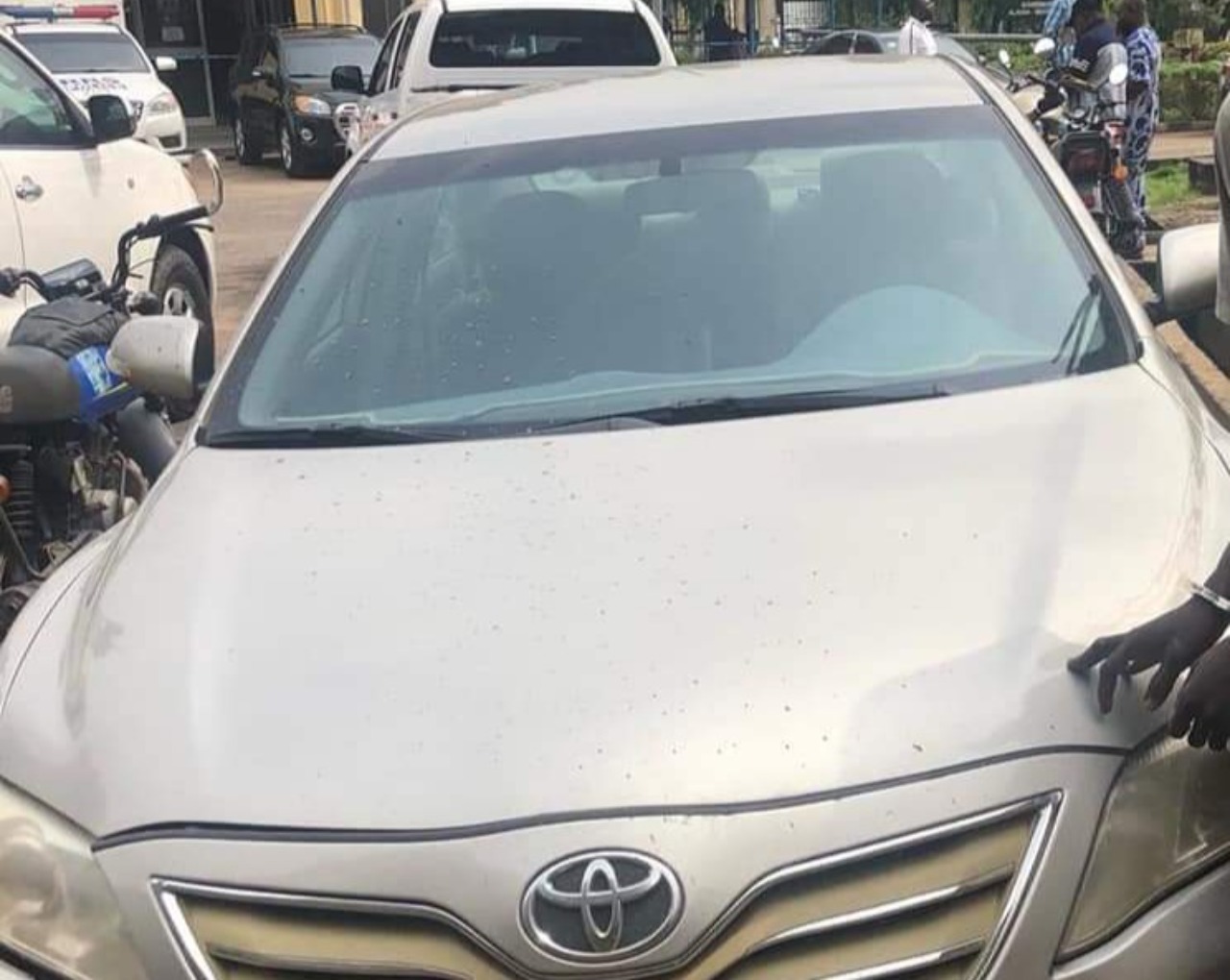 The Rapid Response Squad (RRS) of the Lagos State Police Command has intercepted a Toyota Camry 2010 model stolen in Abuja.

The RRS confirmed the theft in a statement on Facebook on Tuesday.

The car went missing on Sunday October 10, three days after it was delivered to the owner.

The woman’s driver drove to Lagos after dropping her at a church in the Garki area of the nation’s capital.

The suspect, whose name was given as Bamidele, sold the car in Marwa Ghetto, Lekki, for N500,000.

The buyer, identified as Abiodun, was heading to Sango in Ogun State after depositing N120,000 with Bamidele when officers stopped him.

The RRS confirmed that the owner had been contacted and the vehicle handed over to the station where she lodged a complaint.