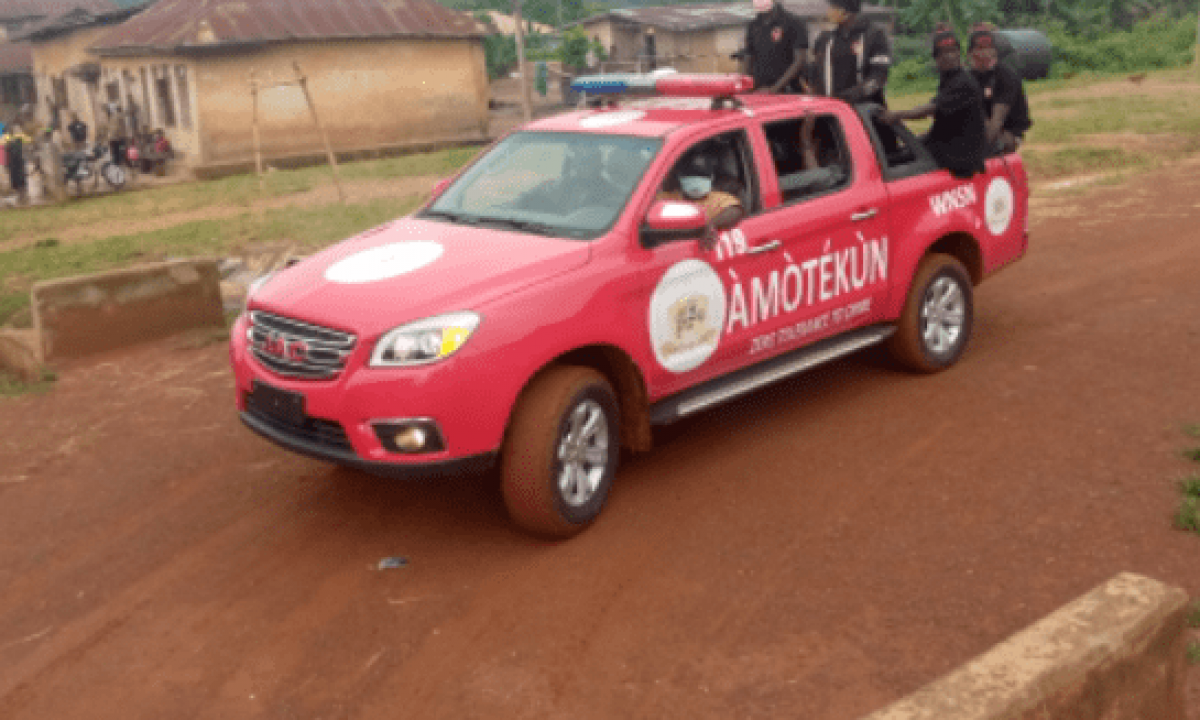 Two men have been arrested by operatives of the Amotekun Corps in Ogun State for allegedly killing a farmer, who was identified as Rasaki Aro.

Aro was reportedly killed on his farmland for having the effrontery to challenge the suspects after he caught them attempting to steal his cocoa.

The suspects, named as Taiwo Fatai (21 years) and Muyideen Adeosun, were said to have committed the crime at Oke-Sopin area of Ijebu-Igbo, Ijebu North Local Government Area of Ogun State.

The Field Commander of the Ametokun Corps in Ogun, David Akinremi, told newsmen on Tuesday that: “The assailant went to the deceased farm to steal from his cocoa plantation but unknown to them that the deceased was on the farm.

“However, when they were challenged by the deceased, the suspects pounced on him inflicting several cut injuries on him which led to his death on the spot.”

Akinremi explained that the suspects, after their arrest, “have confessed to the commission of the heinous crime.”

He disclosed that “both suspects have been handed over to the Police for further investigation.”